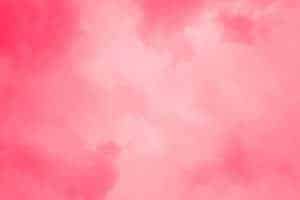 After a successful run in the UK, LeoVegas has commenced the Canadian launch of its highly acclaimed female gambler brand, Pink Casino.

LeoVegas has revealed its latest global expansion project, following the unveiling of its Pink Casino brand in Canada.  The casino provider has reiterated that it remains committed to offering world-class entertainment and safe gaming experiences.

Coming just a few days after the casino operator group was named the Operator of the Year at the SBC Awards ceremony, the launch of Pink Casino in Canada represents LeoVegas’ attempt to woo local female gamblers into its fold.

Pink Casino Success in the UK

The Pink Casino brand has already been launched across the UK, where it proved to be hugely successful.  Using the existing knowledge and experience with the brand, the operator plans to make use of its established brands and resources to drive growth and profitability.

According to LeoVegas, the current expansion has been made possible due to the effective migration of its UK brands to its exclusive technical platform, which took place earlier this year.

The move, which saw the provider’s UK Rocket X administered brands pulled away from a third-party platform, formed part of a comprehensive group strategy to generate annual cost savings of CA$5,8 million.  The shift saw the likes of Bet UK, 21.co.uk and Pink Casino make the move.

A Fifth of LeoVegas Global Revenue Comes from Canada

Gustaf Hagman, the CEO of LeoVegas, noted: “It is super exciting to continue expanding in North America.  This is a superb way to use our strong brands and deliver profitable growth. I look forward to offering the Canadian market even more gaming fun and entertainment in the form of Pink Casino.”

Canada forms part of LeoVegas’ “Rest of the World” reporting segment, which contributed 18 per cent of overall revenue during the second last quarter of 2020.