Is Attorney-General of British Columbia Interested in Money Laundering? 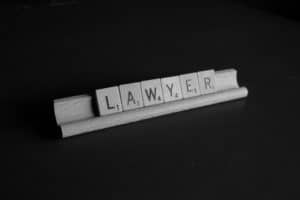 Harsh comments came from the former British Columbia Lottery Corporation vice president, after he accused the British Columbia attorney-general of becoming disinterested in money laundering during a meeting in 2017.

According to Kroecker, Eby lost interest in reporting money laundering at local casinos, following the NDP electoral victory in the province.  Eby was previously viewed as a pivotal figure in the anti-corruption struggle.

According to Kroecker, Eby had criticised a report by anti-money laundering specialist, Brand Rudnicki.  According to the report, a clear link was established between organised crime groups and casino patrons.  Kroecker added that Eby even went as far as mocking Rudnicki and his abilities on dealing with the matter.

Eby criticised the way the lottery corporation dealt with casino money-laundering issues.  The latest inquiry depositions suggested that wealthy Chinese businesspeople used dirty money in casinos, although no proof of this was presented.

British Columbia has been at the centre of a controversy for many years, with reports of money-laundering in both gambling and real estate industries. In 2019, Eby believed that federal authorities lacked the tools to deal with such issues, thus expressing his disappointment with the unresolved matters. Reports suggested that CA$220 million was laundered in the Richmond area alone.  To date, no proper explanation was given on the matter, which proved Eby’s claim that agencies do not know how to tackle the issue.

Not long ago, Eby expressed disappointment after the Richmond provincial court announced the dropping of charges by the Crown Corporation in a federal case. The federal lawsuit was the subject of money laundering at local casino premises and real estate agencies over the last few months.