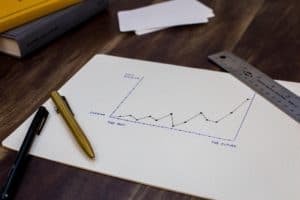 The Great Canadian Gaming Corporation has wrapped up its third-quarter financial performance analysis, which saw an official reopening of various brick-and-mortar venues operated by the group.

Canada’s casino leader has released its day-to-day operations report that covers the better part of the summer months.  The period saw an important reintroduction to the group’s offering, with its gambling halls and land-based casinos opening their doors again, having had to shut down in March due to the onset of the pandemic.

September saw the gradual reopening of casino venues across New Brunswick and Ontario, allowing local players to, once again, start frequenting their favourite gambling hotspots.  In preparation for the reopening, all the necessary health and safety protocols were implemented, to guarantee patrons a secure environment where they can gamble.

Following New Brunswick and Ontario, Nova Scotia too relaunched its venues on 5 October.  All in all, the reactivated casino venues have provided a much-needed respite for the Great Canadian Gaming Corporation, which relies heavily on the income generated by these casinos.

The reported net loss over the third quarter period amounted to CA$36,5 million, which represents a sharp contrast to the same period last year, when the corporation managed to pocket CA49,7 million in profits.  Nonetheless, this amount still represented an improvement when compared to the dismal second-quarter results.

For the financial period between March and June, the company witnessed a negative free cash flow of CA$123,4 million.  Rod Baker, Chief Executive Officer of the Great Canadian Gaming Corporation, reiterated his confidence that the reactivated venues will remain open despite the dynamically changing pandemic situation on the national level.  According to Baker, any future directives from the local health authorities and the provincial governments will be implemented without delay.

Additionally, many provinces, like Ontario, have implemented strict limits on the number of people allowed in a casino at a time, resulting in further venue closures, such as that of Casino Woodbine, which closed its doors on 9 October.  Despite the best intention to reopen this venue on 14 November, this has not taken place, and the plans have been shelved for the time being.