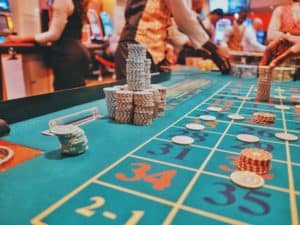 Gateway Casinos & Entertainment has swung open the doors of its land-based venues across Ontario, in a first step towards the normalisation of business.

8 October saw the official reopening of a large number of Gateway Casinos & Entertainment venues, to the delight of gamblers across Ontario.  The Canadian casino powerhouse recently announced that its venues would be ready for reopening during the first half of October, with all the necessary health and safety protocols in place.  The only casino that will be kept shut, for the time being, is the Casino Rama Resort.

In June, the Ontario Lottery and Gaming Corporation announced that it would allow a gradual reopening of casinos under its jurisdiction, but with a 50-person limit inside each venue at any given time.  Following the announcement, Gateway Casino began to put parameters in place for a two-phased reactivation plan and prepare their venues for an official reopening.

Phase one, which took place on 8 October, saw the reopening of four of the Gateway venues in Hanover, Woodstock, Clinton and Chatham.  All the venues are working according to special operating hours of 9 am to 1 am daily (the Chatham venue will be open between 10 am and 2 am daily).  The adjusted times are meant to allow staff to clean and sanitise the casino floors at the end of each day of work.

On 10 October, Gateway Casinos put in motion phase two of its reopening plan for Ontario.  This allowed a further seven casinos to reopen for business, including venues in Point Edward, Sarnia, London, Sudbury, Thunder Bay, Innisfil and Sault Ste. Marie.  The seven casinos that fall under phase two have closing hours that vary from midnight to 2 am, each day.

On the other hand, a few other casino operators have elected to keep their venues closed, deeming the number of patrons allowed on the premises insufficient to make a profit.  The Great Canadian Gaming Corporation, which has reopened a few of its own venues, has stated that it does not expect any financial benefit during the first few weeks of operations.