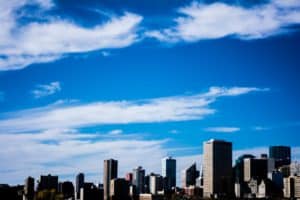 Alberta Gaming, Liquor and Cannabis Commission will be expanding its online gambling offering, through a partnership with Evolution Gaming.

In a drive to diversify its products and services, the Alberta Gaming, Liquor and Cannabis Commission has joined hands with Evolution Gaming, a popular content provider popular with infinite blackjack, roulette, Ultimate Texas hold’em poker and baccarat titles.

Evolution Gaming was launched in 2006 and has grown to become one of the premier global gambling software providers.  The content developer has, to date, partnered with over 300 casino operators and will have its services available n Alberta’s regulated online platform – PlayAlberta.ca.

Thanks to the partnership, Albertans will have a greater selection of table games to pursue.  Evolution Gaming has also promised to continue adding new titles to the mix and keep the repertoire fresh and appealing.

According to the latest figures, the revenue accumulated by Alberta Gaming, Liquor and Cannabis Commission through its online platform for the 2019-2020 financial year, has exceeded CA$1,4 billion, the majority of which has been disseminated amongst local communities and services.

Jeff Millar, Evolution Gaming’s commercial director, noted that the company is extremely excited to extend its services to Alberta, and offer locals their online games portfolio.  This is the third Canadian province to enter into an agreement with Evolution Gaming, with the British Columbia Lottery Corporation and Loto-Quebec having entered into similar arrangements in their respective jurisdictions.

In October 2020, Alberta’s gaming regulator greenlighted the launch of an online gambling website to facilitate gamblers who wished to place bets amidst the closure of in-house casinos. However, the introduction of PlayAlberta.ca has faced some public disapproval, since it was perceived as being harmful to players who had more spare time to gamble.

Recently, the Alberta Gaming, Liquor and Cannabis Commission backed the proposed amendments to the current gaming laws to legalise single-event sports betting, citing this as a right step for the industry’s future.   The commision claimed that such legalisation will be of use to both the local economy and gamblers who currently have to look for offshore alternatives to bet on single events.