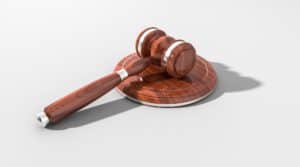 After months of deliberations, witness testimony and cross-examinations, the Cullen Commission on money laundering in British Columbia is winding up its work.

After the latest round of hearings and testimonies spanning the last six weeks, the Cullen Commission officially wraps up its activities.  The jury is still out whether the vast sums of money that changed hands at the casinos under the spotlight was money laundered by organised crime groups.  To date, the commission has failed to provide any tangible evidence to back up such claims.

Despite no direct admission of guilt, the inquiry heard testimonies about authorities’ failure to act upon suspicious transactions, based on gross oversights, bureaucratic red tape and even deliberate ignorance.  Commissioner Austin Cullen is now tasked with passing down a verdict on the matter that will cover six economic sectors, including gambling.

In the interim, the commission still plans to hear further depositions from the Royal Canadian Mounted Police (RCMP).  However, it remains to be seen if this will happen any time soon since RCMP is a federal body and is not subject to any provincial inquiry mandates.

There have been seven parties involved in the inquiry – the police department, the government, the enforcement branch, the gaming policy regulator, the British Columbia Lottery Corporation, the casinos and the gamblers.

The hearings disclosed that suspicious money transactions were noticed as early as 2008.  However, the authorities only started their investigations in 2015, on the back of a similar investigation concerning an international crime syndicate.

The tabled report suggests dubious amounts of close to CA$40 million in 2011, CA$85 million in 2012, and CA$174 million in 2014 traded hands at casinos, mostly using CA$20 bills.  Furthermore, in 2016, the staff at River Rock Casino failed to investigate and report enormous cash transactions at the venue, even though staff members testified seeing players with duffel bags regularly entering and leaving the casino.

Following further testimony, the commission will turn to potential money laundering in the real estate industry.