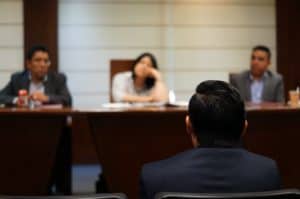 British Columbia has set up the Cullen Commission of Inquiry to investigate money laundering practices that have allegedly taken place in the province.

The last days of October have been eventful at the Cullen Commission, with the resumption of the public inquiry into alleged cases of money laundering in the province.  Fresh witnesses have been called to the stand to testify and shed further light on the subject.

The commission was forced to wrap up its proceedings in September, due to the general election that took place in British Columbia at the time.  Nonetheless, shortly after the 42nd assembly took office on 24 September, the public inquiry was allowed to resume its activity.

The commission initially planned to reconvene on 13 October.  However, the nature of the hearings was deemed to have the potential of impacting the integrity of the electoral process.  As such, a delay was mandated to preserve the independence of the commission.

Since hearings often give rise to speculation, 13 October was seen as an inappropriate date to reconvene, and a new date of 26 October was set.  The latest hearings have featured testimonies from people directly involved in the field of gambling.  Currently, one of the key participants is Steve Beeksma, the British Columbia Lottery Corporation Anti-Money Laundering Project Specialist.

The Cullen Commission was initially set up with the intent to uncover any money laundering practices taking place in British Columbia. Particular emphasis has been placed on gambling, financial institutions and real-estate sectors, which have been identified as potentially vulnerable to underhanded activities.

Various casinos across the province have been pinpointed as money-laundering laundromats in the past.  It is rumoured that River Rock Casino has processed large quantities of laundered funds originating from the local loan sharks, resulting in a high-roller gaming activity spike.  The commission has stated that it will issue a preliminary report by 15 November, and a final report by May 2021.