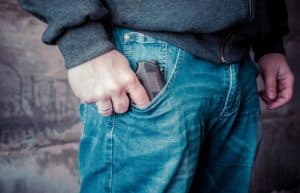 The Cullen Commission continues its deliberations, with growing evidence pointing to unscrupulous practices and criminal kingpins at the River Rock Casino in Richmond.

In further startling revelations about the criminal doings and kingpins that were active at gambling establishments in British Columbia, The Cullen Commission heard further concerning details regarding casino high rollers.

The daily hearings have seen several gambling experts and officials testify about their personal experiences regarding money laundering in the province.  The commission aims to produce a preliminary report by the end of November, highlighting its findings and a way forward concerning the current situation.

The latest evidence comes from Daryl Tottenham, Manager of the British Columbia Anti-Money Laundering Corporation.  Tottenham shared insight about the way in-person gambling took place over the years across the province, with particular emphasis on VIP gamblers.

The overview covered the entire gambling spectre between 2011 and 2016, and all that happened during that period.  Tottenham noted that during that time, high rollers had a free sway at the River Rock Casino in Richmond, often going through six-figure cash sums in a single sitting.  Furthermore, these transactions were mainly paid using CA$20 bills.

The high rollers in question were free to spend substantial sums of money, in contravention of the existing money-laundering legislation effective at the time.  This practice continued until 2015, after which the British Columbia Lottery Corporation concluded that there was an organised criminal group that took care of high-roller gambling activities.

According to evidence, the entire criminal ring was overseen by Kwok Chung Tam, a convicted drug trafficker and a loan shark kingpin.  To add to this, Tam has had an illustrious criminal record that includes tax evasion, prostitution, dubious property transactions, kidnapping and running of illegal gambling dens.  Tam was convicted of trafficking heroin in 2000, as well as marijuana in 2010.

In his deposition, Tottenham stated that all high rollers associated with Tam had to prove their financial reliability, after which they were supplied with bags full of CA$20 bills.  The money in question is believed to originate from drug dealing in British Columbia.  Although 145 suspicious transactions took place at the River Rock Casino in June and July 2015, no action was taken, since the British Columbia Lottery Corporation was expecting the casino to rectify the situation by itself.