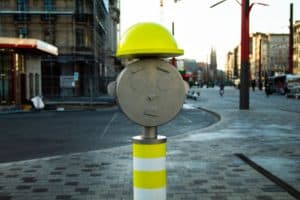 Life’s full of slipups, faux pas and weird moments that have left us in stitches.  So too is gambling filled with stories that are funny, crazy and have left us in amazement.

Whether it’s an almost impossible streak of good luck or a marathon two-day session around a poker table, most of us have heard of a funny, and often straight-up crazy, stories from the pits of the gambling halls.  Most of these stories are light-hearted experiences of fellow gamblers and their memorable casino escapades.

Here is our list of the top five craziest gambling stories from around the world:

The odds of win discussed in this story are one in 56 trillion!  Patricia Demauro, a pensioner from Atlantic City, decided to spend an evening at the local Borgata Casino, with a conservative US$ 100 budget.  Deciding to play at the craps table for only the second time in her life, she picked up the orange dice and swung them around the table, winning an unheard of 154 rolls.

This amazing fete got her a world record for the longest craps roll, as well as the most successful dice roll without “sevening out”.  While Demauro preferred to keep the amount of her winning secret, experts estimate that she potentially walked away with millions of dollars.

Ashley Revell, a renowned English gambler, made frontpage news when, in 2004, he sold all of his possessions and gambled the entire proceeds, which amounted to US$135 thousand, on a single spin of a roulette.

This unique spectacle took place at Las Vegas’s Plaza Hotel & Casino and resulted in Revell doubling his wager when he got the right colour bet combination.  Not bad, but we don’t recommend you risk every penny that you own in a single game.

A Lucky Win and a Deportation

A lucky woman, who was enjoying some good time in Las Vegas, had her lucky stars shining on her when she won US$1,200.  However, her fortune soon ran out when she tried to collect her winnings and was asked to show her passport.  When she failed to do so, she was questioned further, and it was revealed that she was living illegally in the United States.  In the end, not only was she refused her winnings, but she also got deported back to Mexico.

In 2000, James Grosjean and Michael Russo were detained at the casino they were gambling in based on their names appearing in the Griffins’ Book, a database of undesirable players.  While the casino treated this as standard procedure, both Grosjean and Russo sued.  They claimed that they were not found in possession of any cheating devices, they didn’t steal chips or create a scene.

According to the two, they used their mind and a unique playing style to win, also known as counting of cards.  In the end, the duo won the suit and got awarded a considerable financial compensation.  This led to all casinos changing their policies on how they approach a player who is suspected of card counting.

FedEx currently employs approximately 300,000 people worldwide.  The company boasts a US$33 billion net revenue, with its CEO, Fred Smith, having a personal net worth of over US$2 billion.  However, had it not been for one single blackjack table, the company may not have ever existed.

In 1973, the company was tethering, with US$5,000 on its accounts and a sizeable US$24,000 petrol bill owed.  Fred Smith, who was seriously considering liquidating the company, decided to take all the money he had in the company and head off to Vegas.  To his delight, he soon enlarged his US$5,000 fivefold, to over US$27,000.  With this brilliant stroke of luck, he was able to clear his petrol liabilities and firmly entrenched himself on the path that would lead him to become one of the wealthiest men in the world.

Gambling is exciting, thrilling and always full of surprises.  And, as the above stories demonstrate, you never know what your next draw of cards will bring.