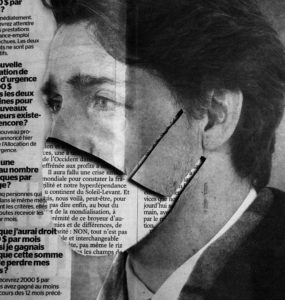 Prime minister Justin Trudeau has been put in the spotlight for alleged involvement with day-to-day operations of a high-roller casino in the Toronto area.

There have been rumours of a possible involvement between the controversial gambling mastermind, Wei Wei, and prime minister Justin Trudeau.   The 52-year old Wei was recently arrested by York Regional Police and charged with the management of illegal gambling houses near Toronto.  Following the arrest, prime minister Trudeau avoided all questions relating to his meetings with Wei.

Back in May, the York Regional Police conducted a comprehensive operation aimed at stamping out illegal gambling houses in the Toronto area.  “Operation Endgame” involved over 100 policemen and targeted, amongst others, the sprawling 20,000 square foot mansion in Markham.

Wei Wei was one of the 32 individuals located on the premises during the raid who was without the possession of a valid license.  According to additional information divulged by the suspect, Wei established links with the high-ranking milieu of the Canadian government and was using these liaisons to better position Chinse operators in the gambling industry.

According to further reports, Wei had two meetings with prime minister Trudeau.  One of the meetings took place during a Liberal Party fundraiser in 2016, where participants made donations towards institutions such as the Trudeau Foundation.  Wei attended the event in his role as the co-chair of the Canada-China Chamber of Commerce Association.

Another member of the Chinese delegation, at the time, donated CA$1 million towards the erecting of the statue of Pierre Trudeau.  The information at hand suggests that there might be a possible link between the prime minister and the Chinese Communist Party.

Wei is currently facing 21 charges, including unlawful possession of firearms, illegal gambling house operations, as well as possessing proceeds from crime. Following the raid, the police discovered a large number of slot machines and mah-jong tables, as well as a big group of high rollers in attendance.  The mansion also featured a bar serving premium drinks to the discerning clientele.

Inside the premises, police also discovered a banking area, through which the proceeds of the gambling den were processed.  The assets seized during the raid amounted to a hefty CA$9 million, with forthcoming weeks set to reveal additional details that are expected to come to light during the investigation.