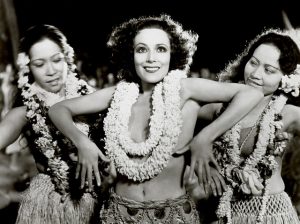 Ever since the advent of marketing, getting a prominent public figure to endorse your brand was a sure way to get that product or service noticeable.  From the early days of advertising, Hollywood stars acted as spokespeople for major tobacco and alcohol products (you won’t be seeing any of that today!).  Today, celebrities rally behind exclusive brands like jewellery and cosmetics, raising the desirability of such brands through the power of endorsements.

The world of casinos and online casinos in no exception to this trend.  Gone are the days when gambling was associated with the wild west and outlaw vigilantes.  Today, many accomplished celebs willingly place their stamp of approval on a brand, either out of conviction or for financial gain.

Here are some noteworthy faces that have given their endorsement to casinos and gambling, both in Canada and beyond:

Andrew Luck had a solid winning streak with Indianapolis Colts until he threw in the towel due to continuously sustained injuries on the field.  To keep his competitive spirit going, Andrew started trying his luck out on poker and sports betting.  And, just as his surname suggests, Andrew has had plenty of luck within this new professional arena.  Recently, Andrew became the face of Bovada, a famous online casino that is based in Quebec.  Bovada is, in fact, the most visited gambling site in the US, and Andrew’s endorsement has helped it reach for the stars.

Usain is known for racing like a thunderbolt, having set the 100-meter and 200-meter world records, as well as the record for the 100-meter relay race.  While he left the world of professional racing in 2017, Usain has turned to other industries where he can leave a fresh mark.  Recently, he teamed up with PokerStars and signed an advertising deal, where the world’s fastest runner appears in their special edition of ZOOM poker.

Neymar is not only the captain of the Brazilian football team but is also the highest-paid player in the world.  This sporting powerhouse signed a lucrative deal with the gaming colossuses PokerStars.  Find Neymar’s comments on the company’s Twitter and Facebook pages and discover his take on the world of online gambling.

Zlatan carries the accolade of being one of the greatest strikers of all time, as well as being the third-most accomplished football player who still actively participates in matches.  With his relocation to the US, he announced that he would be partnering with the BetHard casino, being its stakeholder and ambassador.

Paris has a longstanding partnership with the world of gambling, having signed a deal with BGO Entertainment back in 2015.  She has subsequently featured in the company’s TV ads and other campaigns and has contributed to its brand name equity and overall reach.

Mike Tyson is the bad boy of boxing.  Having been the youngest person ever to lift the world boxing heavyweight crown, he remains both a controversial and inspirational character.  Tyson provided a spur for Inspire Gaming, who signed a 15-year deal with the boxer and subsequently used his name for a number of their games.  One of their all-time favourite games, Mike Tyson Knockout Slot, bears his name.

Well-known comic star Kayvan Novak landed a contract in 2016 between himself and the famous gaming company Paddy Power.  The voiceover artist today does hard-impact campaigns for Paddy Power and assist them with their brand reach.

Cristiano Ronaldo’s name is synonymous with football.  He is a sport high earner, with his most recent contract valued at US$105 million.  Following his move to Juventus, he associated his name with PokerStars, being an ardent poker player himself.  And, having Ronaldo on your books is a sure coup for any company.  With over 100 million Facebook fans and 32 million Twitter followers, it’s a no-brainer that associating with this football dynamo will be most beneficial for any business.

While specific endorsement deals can fail in the instance that the celebrity discredits themselves with the public, overall it is an easy way to garner some social currency.  Although getting renowned celebrities on board can be a rather costly exercise, for those companies that can afford it, it can bring significant benefits.  This can ultimately attract new clients and boost revenue in the long run for online casinos in Canada and other parts of the world.