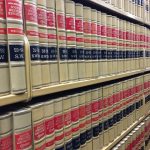 In a recent swoop on illegal betting establishments, the Canadian province of Ontario has busted a key illicit online gaming operation that is linked to the notorious Hells Angels motorcycle group.  This follows a spike in violent activities between various factions of the gang that has left one person dead.  The site racketeering has allowed the group to siphon off tens of millions of Canadian dollars since their operation was set up in 2014.

Origins of mafia involvement in gambling

The sycophantic tentacles of gang activity have been present in the gambling industry since the early days of Las Vegas.  The post-war years brought in a new type of a white-collar gangster to the fold of the bourgeoning Nevada casino scene.  A Jewish mobster named Bugsy Siegel got the ball rolling by building The Flamingo in 1946, through illicitly redirected Mormon-bank funds.

Soon afterwards, Allen Dorfman, a member of the Chicago Outfit criminal gang, gained control of the Teamsters Central States Pension Fund and used the proceeds to finance the building of Las Vegas favourites such as Sahara, Tropicana, Riviera and The Sands.

The mafia group that dominates the Canadian casino underworld stems from the Italian region of Calabria.  Named Ndrangheta, its name derives from the Greek word andragahtia, which means heroism.  In Canada, this group’s primary source of income is from the sale of cocaine.  In a close second place come the proceeds from the gambling industry, as a sizable money-maker for Canadian mobsters.

The image of a typical mobster run casino establishment would be a high-stake salon within a social club, where affluent individuals would be gathered around a poker table, trying out their luck.  The modern methodology, however, is a bit different.  Although the poker tables might still be there to lure the unsuspecting gambler into the club, the idea is to redirect them after that to slots machines, as this is where the real money is made.

Another notable cash cow for the mob is sports betting.  A recent example of Platinum Sports Book is a prime example of mob’s meddling into the sports betting market.  With computer servers in Costa Rica, toll-free telephone lines and a phone app, it allowed the mafia to syphon over CA$103 million in total, over a few year period.

Reigning in on underground activity within the Canadian gambling industry

With the growing influence that the mob yields over Canadian gambling and online gambling industries, as well as a notable escalation in violence between rival gangs, the government launched Project Hobart in January 2018.  The investigative operation revolved around a series of online sportsbooks that included Titan Sportsbook, Privada Sportsbook, Players Sportsbook, The Ultimate Sportsbook and Paytowin Sportsbook.

During the first half of 2019, these sportsbooks generated over CA$13 million for the gang, with the total amount spread over five years amounting to a whopping CA$131.  The organised crime group also ran a physical casino facility in the Toronto suburb of Mississauga, which has since been shut down.

How to spot a shady casino

While there is no foolproof method to spot illicit activities operating behind the scenes in an online casino, always be on the lookout for the following:

While the underground element within the casino industry is here to stay, understanding how these gangs do business and being on the lookout for shady dealings is beneficial.  By being able to spot untoward activities, you can limit yourself from partaking in the games offered by these illegal establishments.  This will, in the long run, guarantee that your winnings are clean and paid out when they should.