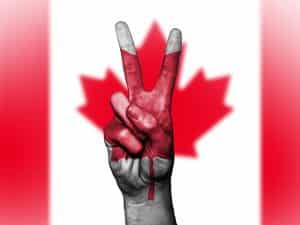 In what has become an ongoing saga that doesn’t seem to have an end in sight, the legislators in Canada have, once again, delayed the passing of the Sports Betting Bill.

The federal parliament of Canada entered into a recess last week, inadvertently stalling the progression of the Sports Betting Bill for the umpteenth time.  The prorogation of parliament means that all sessions are now discontinued. Any existing bills that have been discussed up to this point will need to be reintroduced once the legislature reconvenes.

While Canada does allow its provinces to regulate sports betting independently, punters are only permitted to bet on parlays of minimum three games.  As it stands, Bill C-218 that’s meant to legalise single-event bets has been introduced to parliament during its last session by Conservative MP, Kevin Waugh.

“We got promised in the past election that sports bets would be easy to get done and here we are one year on with more problems, more delays,” MP Brian Masse stated to the reporters. “It’s a great example of how we continue to miss opportunities.”

The hope now lies with federal parliamentarians and their flexibility on the matter when the bill gets put before the assembly during its next session.  All eyes will be on Ottawa once again, and bettors across the country are banking on finally getting the industry deregulated.  Until then, it remains a waiting game.