Caesars Windsor Gets Ready for the 2021 Live Events Season 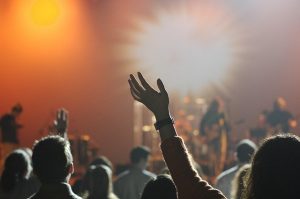 With COVID-19 restrictions slowly easing down, Caesars Windsor has begun putting together a list of live events that it plans to showcase on its repertoire next year.

Caesars Windsor continues to be at the forefront of quality live entertainment, amidst the unprecedented crisis happening around the world as a result of the coronavirus pandemic.  The Colosseum at Caesars continues to be one of the premier event venues in the south Ontario region and judging by the draft events schedule, the venue won’t disappoint in 2021.

Caesars Windsor is still going through the motions of how best to reopen its doors while still adhering to rigid health protocols that accompany Stage 3 of the reopening schedule.  In July, the Ontario Lottery and Gaming Corporation ruled that casino reopenings across the province will have to be done in a coordinated and gradual manner.

Enthralling Events on the Cards

The Colosseum events venue, which is adjacent to the casino resort, is renowned for its quality weekly live shows.  While the venue remains closed, it’s now clear that some of the cancelled events from 2020 will be making an appearance during the 2021 season.

The first reconfirmed date at the Colosseum will be a concert by Pitbull on 28 March next year.  Due to popular demand, the month of May is going to see three events by hilarious American stand-up comedian Sebastian Maniscalco.  Melomaniacs are also in for a treat in June with a back to back performances by both Schitt’s Creek and REO Speedwagon.

Local fans can expect a spectacle in July, with The Bachman-Cummings Band planning to entertain the audience with their unique sound on the 25th day of the month.  Finally, the last rescheduled performance that has been confirmed is Shinedown, who will be taking to the stage on 7 August next year.

While its great to see next year’s repertoire filling up, this is by no means the final list of events.  Fans should be on the lookout for other shows that were previously postponed, including Jason Derulo, Ice Cube, Frankie Valie & The Four Seasons, as well as Bill Burr.

Everyone who purchased tickets for postponed shows will be allowed to use them on the rescheduled date.  If, for any reason, the new date is not suitable, the ticketholder will be eligible for a refund through Ticketmaster at the original point of sale of the ticket.