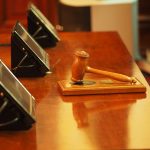 The tabling and passing of progressive gambling and online betting legislation has taken hold across the Canadian provinces.  In yet another push to optimise the way gaming is done in the province, the government of British Columbia has disclosed a roadmap that will transition the powers of its Gambling Policy and Enforcement Branch (GPEB) regulator to a newly established body.

The need for an independent regulator

According to a recently published report by Peter German, a former member of the Royal Canadian Mounted Police, there has to be an independent regulatory gaming policy that is separate from revenue generation decisions.

Currently, GPEB enforces the policy on gambling regulation. Additionally, it advises the government concerning the British Columbia Lottery Corporation, which is the province’s only licensed gambling operator.  German notes that under this dual obligation, a conflict of interest could arise and expose online players in the province to unscrupulous transacting and the possibility of funding money-laundering activities.

The setting up of the new regulatory body

The new regulator will be established through an amendment of the provincial Gaming Control Act.  The new body, the Independent Gambling Control Office (IGCO), will oversee regulatory matters relating to horseracing, gambling and responsible betting programmes.  A fixed-term general manager will administer the office.  The manager will be required to report back on the office’s operations annually to the legislative assembly and will be entitled to manage public communications independently.

“The IGCO will have the mandate, authority and independence to ensure the overall integrity of gambling in British Columbia,” Attorney General David Eby clarified.

“This change will make it far easier to keep dirty money out of our province. It is one of many concrete measures we are taking to disrupt money laundering, which has impacted British Columbians in so many ways.”

Based on the recommendations of Peter German, the provincial government also alluded that they are ready to optimise the way gambling is regulated in British Columbia.  This will be done through the implementation of a more flexible regulative model that is adaptable to technological transformation in the sector.

Additionally, the provincial government has already started working on the modernisation of the existing Gaming Control Act, which would pave the way for the IGCO legislation to be passed in 2021.

Regulatory changes were further hastened following Scientific Games signing a five-year extension on their online gaming and digital sports betting agreement with the British Columbia Lottery Corporation.  Under the terms of this new deal that runs through to 2024, Scientific Games is to provide a boosted suite of digitalised sports betting and igaming solutions, that will include management services of player accounts.

Overall, the new legislation is there to create a more regulated and safer place for online gamblers in British Columbia.  To decrease the risks of money laundering, the new regulatory body is guaranteed to entrench a fair play environment for all to interact within.