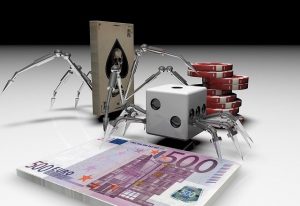 Based on the latest report titled “Dirty Money”, the attorney general of British Columbia (BC), David Eby, revealed damning details about criminal syndicates from Mexico, China and Columbia that operate locally.  The felonious groups have been reported to target casinos in the greater Vancouver area and “clean” their illegally obtained earnings, by hopping over gaps left between various government agencies.

According to Eby, red flags began to appear as early as 2011, although no one seems to have taken any action for nine years, all the while these underhanded operations continued to take place.

What emerged from the investigations resembles something out of a crime novel.  The culprits would arrive at casino counters with bagfuls of CA$20 bills.  One security camera showed a man taking 13 minutes to count all of the cash.

The majority of the money is believed to stem from the illicit drug trade in the province, which has left a trail of destruction and thousands of lost lives, not to mention the burden on the medical and support services.

The housing market, too, has been severely impacted by the proceeds of these transactions, with the laundered money being invested in the Vancouver real estate, which has caused the property prices to balloon and forced many locals out of the market.

The author of the report, Peter German, blames the irregular and flawed government regulations for creating a wild west scenario where criminals can thrive.  Titling it a “collective system failure”, German stated that the existing policies are too outdated to keep up with sophisticated crime rings of today.

The government has taken remedial actions to right the wrongs of these criminal groups. A recent lawsuit filed by the government of British Columbia is seeking the recovery of CA$75,000 that was laundered by a Chinese Australian man.

The lawmakers are also stepping up their game by vowing to implement as many as 48 recommendations stated in the report, including one that forces people who deposit more than CA$10,000 to prove the money doesn’t come from criminal activities.

Additionally, a new regulatory agency will be set up to oversee BC casinos, and be armed with its own police agents and prosecutors, who will be present around the clock in the larger casinos.  However, for the plan to succeed entirely, the full implementation of all the points will be required.