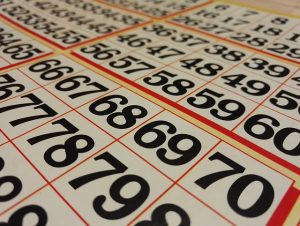 While it’s often confused with bingo, keno is a distinctive game that relies primarily on luck and chance. Here are the ins and the outs of the game.

Although keno is not right at the top of the list when it comes to the popularity of casino games, it has garnered a strong following of players over the past couple of years.  While many often confuse keno with bingo, the two games are downright unique.  In fact, the only similarity between the two is that both games are played using numbered cards or tickets, with players getting rewarded when their specific number selection comes up. Unlike bingo, keno offers greater flexibility, allowing players to pick up to 20 numbers on their lists and decide themselves what type of bet to make and how much to wager.

The origin of keno dates back to ancient China, where a primitive form of the game was played at gambling houses as far back as 2,000 years ago.  The legend has it that the game was so widespread amongst all classes of the Chinese society, that its proceeds were used by the imperial administration to fund the construction of the Great Wall of China.

The contemporary name keno is derived from the Latin word quini, which means “five each”.  The game was first introduced to the west by Chinese migrant labourers who sailed across the Pacific to assist with the building of the first transcontinental railroad in the US.

Like other casino games, keno too has got its own set of specific terms used by gamblers during gameplay:

How to Play Keno Optimally

Here is the standard sequence of actions performed during a game of keno:

A standard keno ticket contains 80 numbers.  A player is usually allowed to select between one and ten spots, although certain casinos offer players the opportunity to choose up to 20 spots.  Payouts depend on the number of spots that are chosen and that come up.  At online casinos, the payout is updated in real-time.

A cautious approach will see a player select lower wagers for a higher number of spots and races.  More confident players go for higher bets and fewer spots.  The wager is always placed per number of races.

3. Select the number of races

Online keno games allow the players to keep betting on the same spots or to change these with each new race.  Online keno games usually come with a standard “play five” or “play ten” buttons.

The payout amount correlates to the number of chosen and won spots, multiplied by the ratio of the player’s initial bet.

While keno is a pretty straightforward game, there are a few considerations you can keep in mind to boost your chances of winning:

Keno has one of the highest house advantages, that can often go up to 20%.  Observing the odds will make it easier for you to notice certain spots within specific situations.

With online keno, it’s essential to browse around and pinpoint a game that’s got the highest payout ratio.  If you, at any stage, come across a casino that offers free gameplay, then use that opportunity to familiarise yourself with that specific table and whether it is opportune to pursue a game there.

Settle on a playing style

To win big, the best strategy is to bet high on fewer races.  Similarly, picking fewer numbers is not the wrong approach.  However, to crack that alluring jackpot, you will need to select the maximum number of spots to qualify.  For those players who prefer to play over an extended time, smaller bets over a more substantial number of races should do the trick.

All the numbers generated in a game of keno are random. It’s purely a game of chance, and all number patterns are coincidental.

Now that you have the lowdown of how to play keno, it’s time that you try out your luck.  Remember, all the numbers drawn are arbitrary and if you don’t feel too confident after a few races, step back for the day.  Other than that, sit back, relax and have fun!