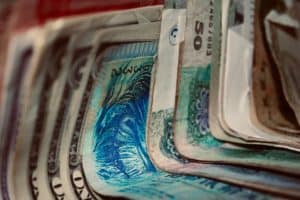 The Cullen Commission continues its hearings, with emphasis on Chinese high-roller money laundering and large cash buy-ins at Richmond casinos.

The latest evidence heard at the Cullen Commission saw Mike Hiller, a former British Columbia Lottery Corporation (BCLC) investigator, shed light on Chinese high rollers and the large sums of cash they brought along to the casinos.

According to reports, Chinese gamblers have always found casinos in the Richmond area attractive for their gambling activities.  Local gambling houses, such as the River Rock Casino, have accommodated millions of dollars in cash buy-ins over the past 20 years, with most of these funds entering the casinos through duffel bags laden with CA$20 bills.

The latest testimonies saw senior executives at the British Columbia Lottery Corporation try to explain the reason behind these types of transactions, with money laundering concerns being raised during the probe.

According to Mike Hiller, his initial investigation into River Rock Casino’s daily activities yielded evidence of money laundering taking place at the venue.  The primary proof was the large number of Chinese gamblers who were regularly present, arriving at the casino with bags full of CA$20 bills.

This money was then used for in-person gambling on the premises.  Hiller raised his concerns with the BCLC, which prompted senior staff members at the Crown corporation to look for reasonable explanations for the large buy-ins at the casino.  At the time, BCLC Vice-President of Compliance and Corporate Security, Brad Demarais, brushed aside any concerns, stating that the spending patterns of Chinese gamblers can be ascribed to cultural norms.

Chinese individuals are known to arrive back to Canada, after travelling, with large sums of cash, which gave further credence to BCLC’s assumption about their spending patterns.  However, according to a report that Hillier released in 2014 in which he focused on British Columbia’s underground banks, he indicated that gambling activities of Chinese high rollers fuelled this underground economy.

Another pertinent point covered in the report focused on how the money borrowed from underground banks in British Columbia was later channelled by the Chinese high rollers back to various criminal organisations in China.

Surprisingly, this report failed to generate any interest from the BCLC’s superiors, who shelved the information and undertook no action based on its recommendations.