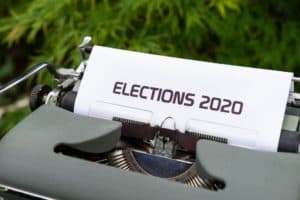 There is a great deal of excitement amongst bettors from across British Columbia, with an estimated 10,000 individuals expected to bet on the US presidential elections, that take place on 3 November.  All the bets will be cast through the interactive PlayNow gaming platform.

Who do the Odds Favour?

The opinions are split when it comes to the results of the upcoming US presidential ballot, with many British Columbians eager to place their bet on a result that will shape the world politics for the next four years.  Early projections indicate that the British Columbia Lottery Corporation (BCLC) online betting platform will exceed previous levels of interest when it comes to presidential exit polls.

As it stands, BCLC has introduced odds that favour Biden on 3 November, even though the majority of bettors believe that Trump will be re-elected for another four-year term of office.  Wagers placed on Trump account for 44 per cent of overall bets, while the ones directed at Biden amount to 27 per cent.  The remaining wagers have been placed on vice-president Mike Pence and vice-presidential nominee Kamala Harris.

Sizeable Payouts Up for Grabs

According to BCLC, Biden has winning odds of 10/19, leading to a 152 per cent payout.  Simultaneously, Trump has garnered odds of 32/20, which translates into a 255 per cent online payout.  For those more adventurous, there is an option to wager on Kanye West, where a small bet of CA$2 can result in a hefty CA$2,002 win.

During the last US presidential elections in 2016, PlayNow platform attracted 7,200 wagers, many of which resulted in substantial payouts.  The current projected numbers indicate that this number of bets has been surpassed, this time around.