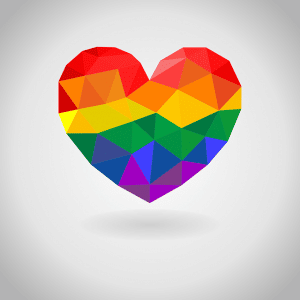 With PRIDE Month in full swing, British Columbia Lottery Corporation has been all hands on deck with various projects that are aimed at bettering the position of the local LGBTQ2S+ community.

British Columbia Lottery Corporation (BCLC) has been involved with the LGBTQ2S+ community of Kamloops since its inception in 2018.  One of the founders of the local PRIDE committee, Katelyn Boughton, has been part of the BCLC structures for over a decade.

The primary purpose of the committee is to protect LGBTQ2S+ staff members within the framework of the Crown corporation.  The committee facilitates the needs of its members and fosters equal working conditions within the company structures.

Boughton, who is a senior business analyst at the BCLC’s Business Technology and Casino teams, has sought to broaden the perspectives of other employees and the community at large through the PRIDE committee.   This was done so that as many people as possible can better understand the LGBTQ2S+ community and the challenges that they face daily.

Boughton came up with the idea of a BCLC PRIDE committee in 2018, to foster positive change and remove existing stigmas.  At the time, the primary focus was for LGBTQ2S+ members to embrace the company structures and to have their voices heard through representation. It was clear that some difficult changes had to be enacted within the corporation.

As a result, BCLC unveiled its new rainbow logo and, more recently, the company created its famous rainbow crosswalk in the vicinity of its head office in Kamloops.  This move reverberated through the community and sent out a potent signal that the corporation’s employees are entirely behind the diversity at the workplace.  This policy is also introduced to all new staff members who readily accept it as part of company culture.

Boughton also noted that the PRIDE committee was created with the intent to make the company more in touch with its workers and keep up with the times. “Show Your Pride” is the next initiative that will honour employees who have distinguished themselves during the pride month. Another project that’s on the cards is the creation of unisex and all-inclusive facilities at the company headquarters that will further bring down barriers between staff members and contribute to a single face of the company.