Are Loot Boxes Considered as Gaming or Gambling? 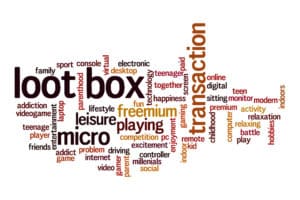 While we might assume that gaming is pure fun and free from any form of gambling, a growing number of video games have built-in gambling elements.

Modern video games are marvellous.  New technology has allowed gaming to soar to new levels of realism and functionality, greatly enhancing the user experience.  However, many video games on both the PlayStation and Xbox have systems called loot boxes.  Although there is no way you can win cash while playing these games, loot boxes act in a similar way to an online casino, creating a channel through which you can buy tokens or credits.

Additionally, many websites use real money, where you can play lottery-like games and scratch cards or bet on in-game items.  Considering all these features, one can say that gambling elements are more prevalent in video games than most of us might assume.

Are Loot Boxes and Slots the Same?

The first recorded mention of a loot box appeared in the game MapleStory, in the form of an item called a gachapon ticket, which was sold for real money.  Over time, other games introduced loot boxes into their storylines, through which you could buy game enhancement, like skins, with real money.

These microtransactions wouldn’t typically be considered as gambling elements were it not for the fact that they award random items.  This means that you are not guaranteed to win what you intend to through your loot box purchase.  Luckily, exceptional items are widespread in these games, with developers often introducing features like skins into the game framework.

Pay-to-win systems are another popular form of microtransactions. Through these, you pay real money to get game enhancements and benefits, such as skill improvements and better weapons.  Loot boxes are also standard, albeit they reward you with specific items.

The most apparent video game gambling elements can be found on in-game loot gambling websites.  These include sites such as Counter Strike: Global Offensive, where in-game items such as skins can be wagered.  On these websites, you can use in-game items or real money as currency to play gambling games.

Should you win an in-game item while playing these games, you’ll get an opportunity to use them or sell them on an online marketplace.  While this can be considered gambling, most of these sites remain legal since most countries do not have legal frameworks that govern betting with in-game items yet.  However, be wary of joining these sites and sharing your banking details with them since some can be dodgy.

Today’s most exciting video game feature is the insertion of actual gambling elements into games that can be played with personalised in-game characters.  A great example of this is Grand Theft Auto V, where your character can play games like roulette, craps, slots and blackjack.  In Red Dead Redemption 2, your character can approach gambling tables and play poker or other card games with in-game currency.

With all of these, you can only win virtual currency that merely exists in the game you are playing.  Nonetheless, players have found ways to trade in-game currency between themselves in exchange for real money.  This interaction has been prevalent in the World of Warcraft.  Here, players use rolling bots to bet on a virtual game currency.  This currency is then exchanged for tokens, which are usually bought using real money.

In conclusion, the examples show that gambling elements are widely present in today’s video games. Sometimes, the developers add these elements themselves, while other times, the players find ways to format in-game features into gambling experiences.  Ultimately, all game features should be regulated by the government for all to feel safe using them.