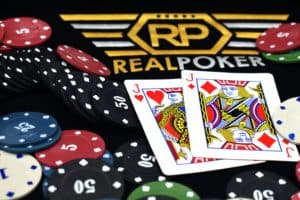 Alberta has been evaluating for some time the possibility of launching its own online gaming platform to position it on the online gambling scene better.  As a result, Playalberta.ca was launched as the only regulated online gambling site in the province.

Current projections estimate that the platform could bring in over CA$3,7 million annually to the provincial general revenue fund.  These funds could then be used to support various social programmes aimed at improving the life of Alberta’s citizens.  With rumours of a second lockdown rife and possible reclosure of all land-based casinos, the site will continue to bring premium gambling experience to local players.

However, regardless of all the positive impacts that this launch brings, some concerns have been raised.  Bonnie Lee, an associate professor in addictions counselling at the University of Lethbridge, recently warned that the launch of the new platform might carry negative implications in the future.  The main point of content is the amount of time individuals spend online.

Lee further stated that problem gambling rates across Alberta could see a surge during the upcoming months.  According to the evidence presented, individuals with addictive personalities get hooked on certain activities more quickly than others, which in turn negatively impacts their wellbeing, relationships and bankroll.

Online gambling is a particularly risky activity, since it involves money transactions, with the gambler’s perception of the cash they’ve spent during a single session often blurred.  The Alberta Gaming, Cannabis and Liquor Commission pointed out that it puts responsible gambling at the top of its priorities.  Subsequently, the commission has reviewed ideas of limiting the daily deposit amounts of players, as well as keeping punters informed on their gaming habits while they are gambling.