7 Countries that are Prone to Gambling the Most 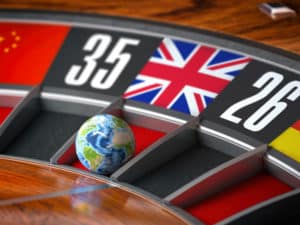 Gambling is one of the most widespread pastimes worldwide, with certain countries topping the list when it comes to the percentage of their citizens who enjoy gambling regularly.

We have all heard, or even visited, global gambling meccas like Macao and Las Vegas.  These glitzy wagering metropolises embody what gambling is all about, drawing in millions of visitors annually to their star-studded casinos.  However, despite their benchmark status, these cities have not made the nations where they are located the largest gambling states globally.

In fact, neither China nor the United States are classified as the world’s most prominent gambling destinations, with the top five list being made up of countries that you might have suspected the least.

According to research conducted by H2 Gambling Capital, cumulative wagering losses over an annum were observed in close to 200 countries, divided by the adult population in each specific country.  Losses included all amounts lost on every form of gambling, including slots machines, table games, bingo, etc.

Research has shown that Australians are the biggest gambling losers globally.   By looking at the per capita figures, an average Australian loses over AU$1,200 each year on gambling.  It is no surprise then that Australians have lost over AU$25 billion in 2019 alone.

In general, Australian gamblers have an affection for slots machines, or “pokies”, except for New South Wales, where poker dominates.  Australia also has one of the highest numbers of gambling delinquents, with close to 1,000 people having registered to be banned from casinos, and many violating their own ban.

Gamblers in Ireland lose a sizeable US$588 each year.  As a result of this, the local government has introduced rules to control the gambling industry in the country better.  Previously, Ireland had a very lax legal framework for gambling that mainly relied on outdated policies.

The UK is at the top of the list when it comes to the number of active gamblers.  And, if that’s not bad enough, the largest percentage of gamblers under the age of 21, can be found in this country.  In 2020 alone, gambling addiction cost the UK over £1,2 billion, with 46 per cent of Brits having had gambled in some way or another over the past month.

Gambling was introduced in Finland in the 1920s, with the establishment of the state lottery.  The industry segment coins in an impressive €3,2 billion annually, with most of the proceeds redirected towards social upliftment projects.  Nonetheless, Finland has a massive gambling addiction problem, with over 120,000 people registered for help.

Canada has a relatively regulated gambling industry, with over 100 casinos operating across most provinces and territories.  However, the majority of gambling houses are concentrated in British Columbia, Ontario, Quebec and Alberta.

Recent trends have seen Canadian gamblers increasingly migrating to online casino platforms, with the average per-person spend of approximately CA$600 a year.  Overall, Canada pulls in over CA$14 billion each year from the gambling sector.

The island nation of Singapore is a financial hub and high-end tourist destination for gamblers, with a plethora of world-class casinos and luxury resorts peppered around the city-state.  With a young and robust gambling industry, the scene woos in all kinds of gamblers, with 52% of locals of adult age admitting to gambling in the past year.  Tourists also contribute to the gambling revenue, bringing in an impressive US$1 billion in 2018.

Spain veers away from the more traditional gambling activities such as slots, table games and lotteries, in favour of sports betting.  Sports are very popular in Spain, which creates a perfect synergy with sports betting.  There is also a variety of bookmakers, which further demonstrates the popularity of sports betting.

For the global gambling powerhouses, wagering is a multi-billion industry that represents a welcome cash injection into their economy.  By embracing the latest technologies and taking the lead, gambling in these countries is expected to continue to soar, bringing with it more revenue and gamblers alike.