7 Best Books That Every Gambler Should Read 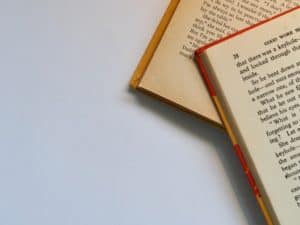 When it comes to literature, there is ample to read about, with endless content both online and in the bookstores.  The gambling genre has featured prominently over the years, with some of the best books that every gambler should read set inside a casino.

Reading a book is like food for the soul – the more you read it, the more you need it.  Literature acts as a source of inspiration, continually broadening our horizons with new ideas, facts and make-believe.  Going through the catalogues, you are bound to come across numerous books based on gambling.  These literary pieces delve into topics that range from casino success stories to mastery of card games, gambling addiction problems, and more.

Here are seven fun and insightful books for you to check out if you are crazy about all things gambling.

The Gambler is one of the cornerstone books of the gambling narrative.  The book is written by the famed Russian author, Fyodor Dostoevsky, depicting the life of a young tutor, Alexei, who works for a wealthy Russian general.

The general is a gambling addict deep in debt, while his niece falls in love with Alexei and coaxes him to place bets for her at the local casino. Alexei’s obedience to the girl eventually pushes him into a downward spiral of losses and out-of-control gambling.

2. Bringing Down the House

Bringing Down the House is as close to Ocean’s Eleven as it gets.  The storyline revolves around Kevin Lewis, who convinces a bunch of fellow classmates to master the art of card counting.  The gang eventually heads off to Las Vegas to attempt a multimillion-dollar heist.

While this story is pure fiction, it sums up some of the methods used by scammers to cheat casinos.  While card counting remains legal, it is still frowned upon.  So, if you are mathematically inclined, this book is a must-read.

3. The Professor, the Banker, and the Suicide King

This Michael Craig classic non-fiction work deals with one of the richest and longest poker tournaments ever played in Las Vegas.  The 2001 clash between poker heavyweights Chip Reese, Andrew Beal, Todd Brunson and Jennifer Harman saw each contestant buy-in for between US$10,000 – US$20,000 per round.

At the game’s peak, the prize money was around US$20 million.  The book analyses each player’s psyche and the intense chronology of the game, and direct eyewitness accounts.

While Bob Dancer is not one of the best novelists out there, his Sex, Lies and Video Poker lets you sharpen your poker skills while simultaneously enjoying a dose of raunchy romance.  The book is set in Las Vegas and features places, people and massive wads of cash that the author came across during his sojourns in Sin City.

Roll the Bones is an analogy that deals with the origins and evolution of gambling, from its humble beginnings as a simple bone rolling game to the present-day multibillion-dollar industry.  The book also covers historical periods of the Greek and Roman civilisations, the middle ages, and the gambling evolution in China.

Read about the first casino that was ever opened in Venice, and how gambling provided a badly needed cash injection to England’s American colonies, as well as how Las Vegas became the playground of the world’s gambling elite.

When it comes to explaining gambling fundamentals, Gambling 102 hits the nail on the head.  The author, Michael Shackleford, delves deep into the human mindset and mathematical combinations needed to win every time you play.

The book is made up of 19 chapters, each focusing on a specific game.  All of the theories discussed are based on the author’s personal experience, reputation and knowledge.

7. Fear and Loathing in Las Vegas

Fear and Loathing in Las Vegas analyses the raw emotions that push gamblers over the edge.  The book revolves around Raoul Duke and his attorney, Dr Gonzo, who head off to Sin City to pursue the cliched American dream.  They embark on the journey in a red convertible and a bag full of drugs, arriving at their hotel on a full-blown acid trip.

The duo spends the rest of the evening stumbling in and out of casinos, taking more drugs and contemplating life.  Eventually, the high gets too much for Dr Gonzo, who leaves Duke to fend for himself alone in Sin City.