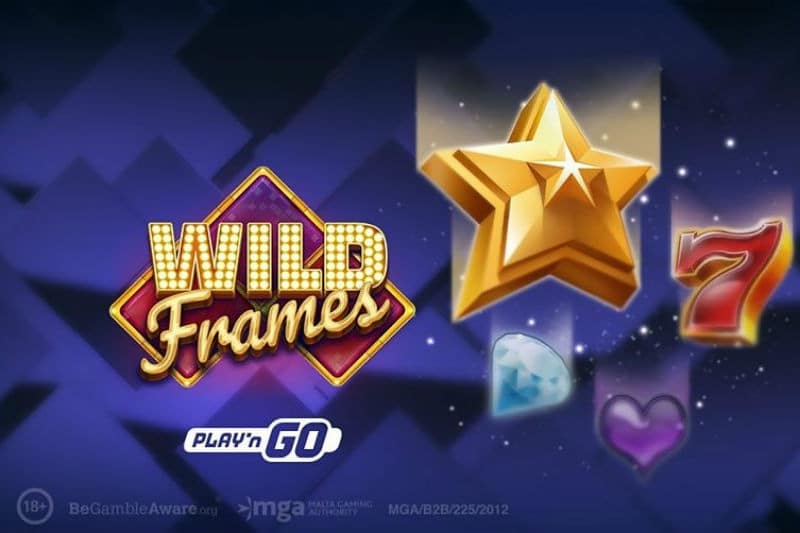 Go wild! Put yourself in the frame for a jackpot with Wild Frames, the brand new cascading grid slot that is stylish and easy to play. Wild Frames is an online video slots game that is brought to you by Play’n GO and is played on 7 reels, with 1 payline. Wild Frames is a 7 x 7 cascading video slot. If you are scouting around for a genuine online Canadian slots game, halt right here dear gamer, you are in for some wild wins with this one.

Before you start playing and “styling it”, you shall need to place your bet in order to get those reels spinning. Spectators may select the Auto Spin Function to witness and enjoy these  proceedings. If, however, you are one for speed, you are encouraged to opt for the Turbo Spin Function and “may the frames be with you”!

The paying symbols are all inspired by the classic slot logos, namely; the lucky number 7, the golden bell, a glittering diamond and a shining star, along with the four card suit icons.

Clusters are created by identical symbols connecting either vertically or horizontally, in any shape or direction. Once a cluster is formed, it will pay out and disappear from the grid and new symbols will cascade down – in order to replace them, thus creating the possibility of even more cluster assemblies from the same spin!

The Wild Symbol is represented by the glitzy, star-studded “W”. To assist the gamer in creating additional clusters, the Wild Symbol may drop into the grid, duly standing in for another symbol. Wild Symbols may also be randomly added to a non-winning spin, in order to compose clusters.

The Charge Meter will increase by the accumulation of symbols within the winning clusters in a game round – the more symbols in a cluster, the higher the charge of the meter!

Once all wins on the grid are depleted, the Special Feature (which concurs with the Charge Meter, will be activated):

So, what are you waiting for? It’s time to go wild with this game! Try it out with Dream Vegas Casino. All newly subscribed players will receive a 200% Match Bonus (of up to CA$2,500) whilst enjoying access to over 1,000 games.