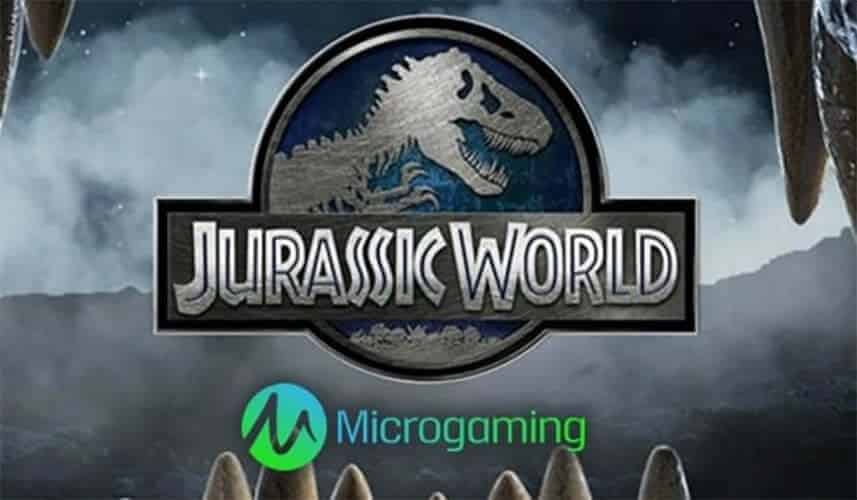 If you are a Jurassic World enthusiast and wish to be in some form of control, you will know what to do here! This game is based on the 2015 Film, Jurassic World and roars to life on the reels for exciting player grabs and great treasures. Display your bravery with this real online video slots game that was developed by Microgaming and is played on 5 reels, with 243 paylines.

In order to explore Jurassic World you will need to first place your bet to get those reels spinning. Should you prefer to buckle up and spectate this adventure, simply select the Autospin function.

The Jurassic World T-Rex icon acts as the Wild Symbol in this game. The Wild Symbol creates a Wild Symbol Stack. This feature displays the same symbols stacked on top of each other on the same reel. The multiple symbols substitute other symbols in order to complete winning combinations.

The Wild Symbol substitutes all other symbols, except for the Scatter Symbol and creates it’s  own combinations. Wilds are stacked up to 10 units in height.

The honey icon with the mosquito acts as the Scatter Symbol in this game. This symbol does not need to appear on an enabled pay way to win and cannot be substituted by the Wild Symbol. Two Scatter Symbols displayed on the reels during the base game will transform into Wild Symbols. Scatter Payouts depend on the player’s total bet.

The Indominus Feature is randomly activated after any winning spin during the base game. This feature can also help boost the player’s win by up to 1000 times the total bet and cannot be triggered during the Free Spins gameplay (only during the normal gameplay mode).

The 3 Free Spins Bonus Games are as follows:

Fasten those seatbelts and enjoy playing in Jurassic World with this online video slots game, proudly brought to you by Spin Casino. All new players will receive a welcome gift of CA$1000, along with weekday spin offers AND may choose from over 700 games to entertain themselves with.