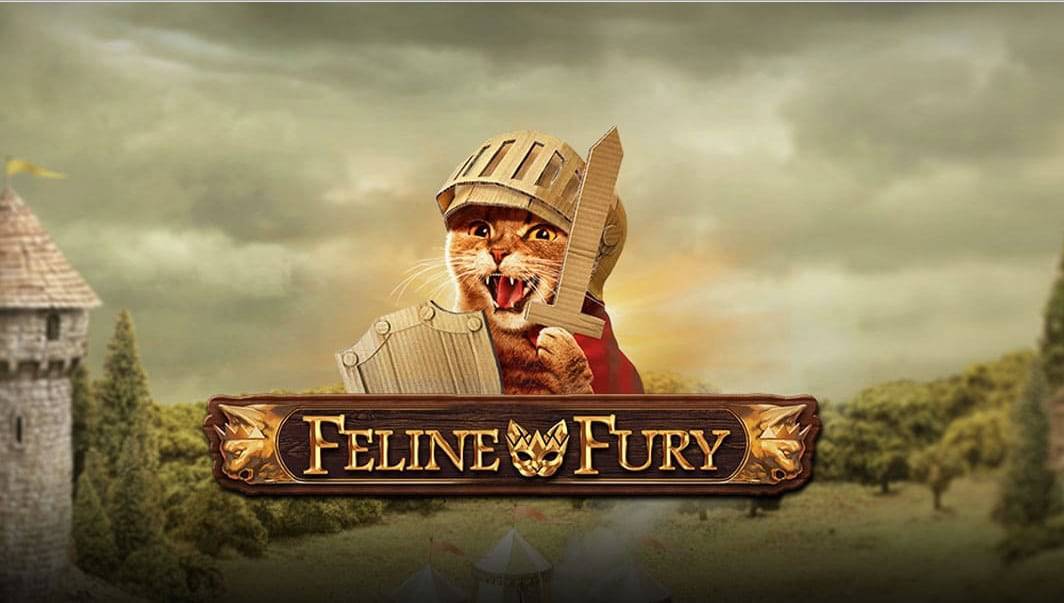 Cats are connoisseurs of comfort and if it is luck that you are after, why not embark upon an adventure to the feline castle, where you may prey upon your rightful glory and just rewards. Feline Fury is a real online video slots game that is proudly brought to the cat enthusiast by Play’n GO and is played on 5 reels, with 20 paylines. If you love cats more than most people, this is the game for you!

Before melding in with Feline Fury,  you should firstly take a nice long stretch and secondly, place your bet – this is guaranteed to alert your feline senses, which can’t resist the spinning activity of those reels. Should you find yourself to be in a spectator mood, simply select the Autospin Function, take a stance and keep a keen eye on the screen. Payline wins occur on the number of selected paylines, in accordance to the information that is published in both the paytable and the game rules. The bet cannot be changed during a current running game round.

The crown icon represents the Wild Symbol and substitutes all other reel symbols, except for the Scatter Symbol, which creates winning combinations. The Scatter Symbol is represented by the golden grail icon.

ALL cat icons (regardless of how many) that make an appearance during the random spins in this feature, may turn Wild, which may casually trigger up to 5 Fury Reels. Fury Reels only occur during this feature, and at that, is not a guarantee attribute to each gameplay.

The chalice cup icon in this game acts as the Scatter Symbol. A Scatter Symbol which lands on reels 1, 3 and 5, will trigger the Free Spins Feature. 5 Free Spins are initially awarded. During the Free Spins, the player should try and collect 12 of each suit, in order to turn the corresponding cat symbols into Feline Wilds (and to gain an additional 3 Free Spins). The suits in sequence, are as follows: Clubs (Mystic Cat), Diamonds (Captain Cat), Hearts (Fat Merchant Cat) and Spades (Cat-at-Arms).

Enjoy playing Feline Fury with Jonny Jackpot Casino. All new players will receive a Welcome Bonus of up to CA$1,000, along with 100 Bonus Spins and will be spoilt for choice, with over 1,500 games to choose from.