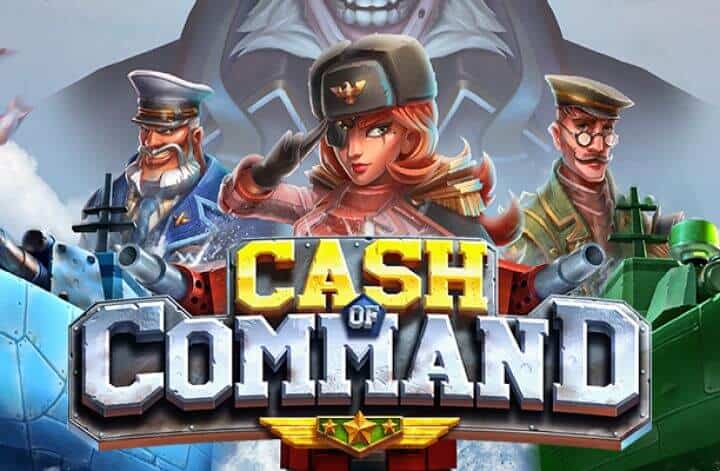 Cash of Command invites you to join their naval heroes in an epic battle over the seas. Spearhead your fleet as you command your admirals in an endeavor to outsmart the enemy. Victory is yours to claim! Batten down the hatches at full speed for the ultimate goal. Cash of Command is a real online video slots game that is brought to you by Play’n GO and is played on a 9 x 9 grid, with cluster paylines. If you are surfing the net for a superb real-money online slots game in the Canadian arena, Cash of Command has you covered.

To be part of this ambitious crusade you shall need to place your bet – in order to defeat the Baron Fusco adversary ship. The spectator is welcome to engage the Autoplay Function to take this struggle in at ease. The faster paced merchant marine is encouraged to speedily opt for the Turbo Spin Function.

Enjoy playing Cash of Command online slots game with Casimba Casino – one of the greatest and best online casinos in Canada.

New patrons will receive a Welcome Bonus of C$5 000, plus 50 Bonus Spins. With over 1 200 exciting games to choose from and a payout rate of 96.81 %, Casimba clearly caters to the Canadian client in search of slot games with drop and win tournaments.