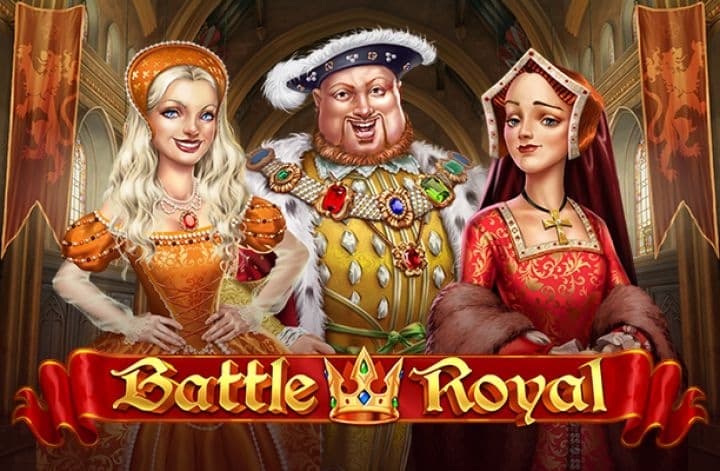 The infamous King Henry VIII was awfully fond of beheading his consorts, which inspired the theme for this game. Although not a celebrated history, you are invited to humour these six Tudor wives in their quests to either capture the king’s heart, or to lose their heads! Battle Royal is an online video slots game that is brought to you by Play’n GO and is played on 5 reels, with 20 paylines. If you are in the market for a legitimate online Canadian slots game, you are in for some royal fun with this one.

To “head off” to the court of “Kind” Henry, you shall have to risk moral tarnish by placing your bet, dear gamer. Spectators may select the Auto Spin Function and safely witness all proceedings. If however, you fancy yourself to be up to speed with the court jester, you are encouraged to opt for the Turbo Spin Function. May the force be with you!

Payline wins will occur on a number of selected paylines, in accordance with the information that is displayed in the Paytable and the Game Rules. When winning on multiple paylines in a single game round, all winnings will be summed together.

The symbols in this game are a royal treat for the historian. King Henry VIII acts as the Wild Symbol and the Coat of Arms is in splendorous representation of the Scatter Symbol. The 6 Tudor consorts represent the highest paying symbols – as wives of course should. The classical card suit constitutes the lowest paying symbols.

Should a Scatter Symbol land on both the first and last reel, a feature choice will be activated (the player will be invited to select one of the winning Scatter Symbols, in order to ascertain which feature is to be awarded – Free Spins or Long Live the King).

King Henry VIII represents the Wild Symbol, which substitutes all other symbols, barring the Scatter Symbol.

The Royal Flush Feature may be triggered at random during the base game, duly converting all low paying symbols into a uniform (single / same) symbol.

HEADS WILL ROLL during the Free Spins Feature! The player is to decide which of King Henry’s wives are to survive the guillotine:

Should the player’s chosen wife survive, an additional instant prize will be awarded.

During this feature, the player is to help King Henry collect the loot and escape his haunted dungeon:

Should the feature end due to King Henry being caught by a ghost, the current total round win will be awarded.

The Mystery Multiplier will only be awarded should the player choose to escape.

Gamer’s Tip: The optimum strategy when this feature is triggered from the Free Spins is to escape as soon as the key is located. Should the feature enjoy activation via the base game, the optimum strategy is to leave after picking 4 chests.

Enjoy playing this enthralling slots game with Dream Vegas Casino. All newly subscribed players will receive a 200% Match Bonus (of up to CA$2,500) whilst enjoying access to over 1,000 games.