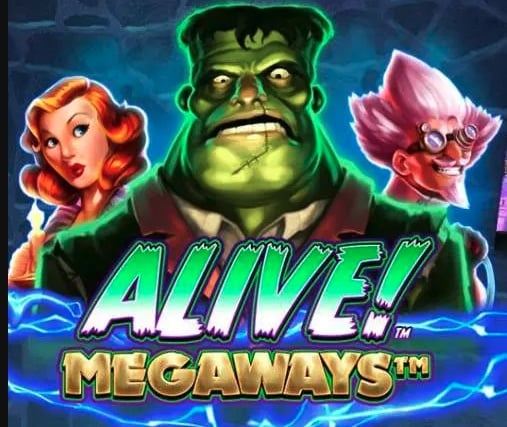 Another terrific adventure for the Megaways™ slot games fan. Let’s bring Frankenstein back to life and prepare for some rewarding encounters with the nutty professor, the hunchback and the dystopian creatures that hide behind these reels! Keep a keen eye out for the special symbols that generate electrifying wins and more. Alive Megaways is a real online video slots game that is brought to you by Skywind Group and is played on 6 reels, with up to 200 704 Megaways™ to win. If it’s an authentic online Canadian slots game that you are after, this challenge is for you.

To be part of the fun and prosperity you need to place your bet, dear gamer. Observers are welcome to spectate by opting for the Autoplay Function. The hastier gamer is well catered for and is encouraged to make use of the Turbo Spin Function – which holds the promise of a top-notch performance.

All wins will pay from the left to the right of the reels; however, it should be noted that the Scatter Symbol may be triggered from any position

The medium paying symbols in this game are:

The low paying symbols in this game are:

Play it Your Way Feature

Enjoy playing this Megaways™ slots game that is proudly hosted by Captain Spins Casino – one of the best new online casinos in Canada! All newly registered players will enjoy a Welcome Bonus of up to C$1,200 along with 260 Bonus Spins and will have from over 1,500 games to choose from.