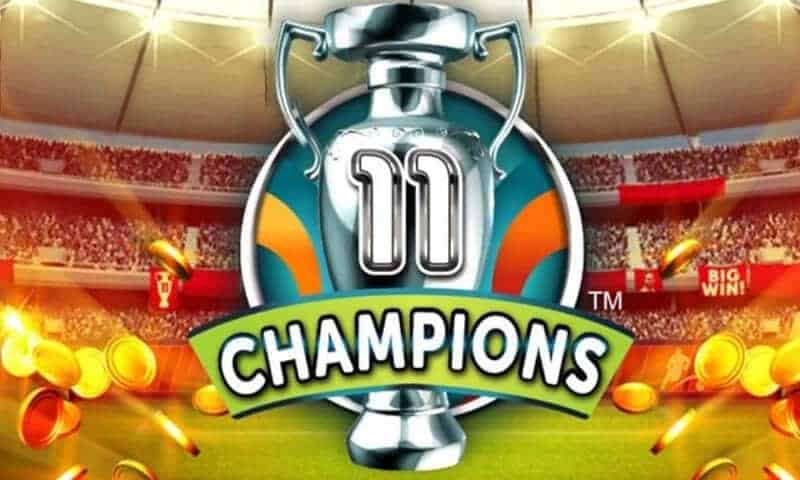 Do you have the desire, dream and vision to partake in the exhilarating 11 Champions Soccer Tournament? Choose your team wisely, as intelligence will aid you through succeeding in the Progressive Jackpots that are up for grabs! There are 4 different types of Jackpots that may be won in 11 Champions, which is a real online progressive video slots game, that was developed by Microgaming and is played on 5 reels, with 20 paylines. Behind every kick is a thought and if you believe in winning, this is the tournament for you.

Before your adrenaline sets into dribble and shoot mode, you will need to first place your bet in order to get those reels spinning. Soccer is a gentleman’s game, played by hooligans and for that reason, you may also engage in the Autoplay Function and spectate this amazing game in comfort.

The soccer ball icon in this game acts as the Wild Symbol. The Wild Symbol substitutes all other symbols, except for the Bonus, Blank, Dribble, Pass and Shoot Symbols. The Wild Symbol may appear on any vertical reel and is available during the base game, as well as during the Blazing Wild Streak Feature.

The action reel landing on a shoot activates the Blazing Wild Streak Feature. During this feature, the 5 x 3 vertical reels will respin. Each position marked with a frame becomes a Wild Feature.  All winnings that are associated with the Shoot Symbol are multiplied. The total win shown on a respin is the base triggering win, plus the respin’s win.

The 4 Jackpots that may be won are as follows: Mini Jackpot, Minor Jackpot, Major Jackpot and the Grand Jackpot.

Enjoy playing this progressive soccer themed slots game with Jackpot City. This game is super rated in customer reviews. All new players will receive a Welcome Gift of CA$1,600 and are spoilt for choice as they will have from over 600 games to choose from. Jackpot City Casino offers a unique online gambling experience and is the proud home of Big Mega Moolah winners.