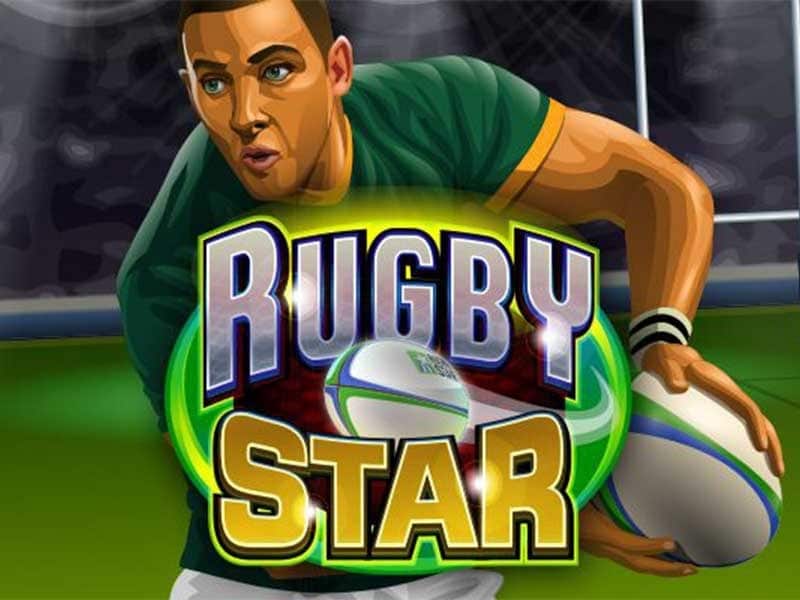 If you are ready to scrum for possession and run for the try zone, then fasten your boots, insert your gum guards and join the team in this real online slot game. Rugby Star was developed by Microgaming and is played on 5 reels with 243 ways to win. If you are ready to make today your masterpiece, then this is the perfect place to tackle up. All 243 payways are permanently enabled.

Before joining your teammates, you will need to place your bet in order to get those reels spinning. Rugby is also spectated by gentleman and if you are of that persuasion, simply select the Autospin Function, sit back, relax and support your team – a speedier process is at hand by engaging the turbo spin button. Rugby does not have to be played to be enjoyed.

Any win will activate the Rolling Reels Feature, except for Scatter Symbol Wins. Winning symbol combinations are removed from the reels after the player is paid out. The symbols above those removed will shift position, in order to fill the empty spaces. This process will repeat itself, increasing the player’s chances of winning, without having to bet on another spin. If an additional winning combination results from the shifting symbols, the player will be paid out again. This feature is available during Free Spins. Winnings are automatically collected during this feature.

The Rolling Reels Feature is available during Free Spins. The player will be awarded with a Multiplier Value for each rolling reel. The Multiplier Value increases on each consecutive win and will reset to 1, should the shifting symbols not complete a win. The last bet placed in the game will be used as the Free Spins bet amount. Free Spins cannot be reactivated, and winnings are automatically collected during this feature.

Enjoy playing this action-packed rugby sports themed slots game, which is proudly brought to you by Dream Vegas Casino. All newly subscribed players will receive a 200% Match Bonus – of up to CA$2,500, whilst enjoying access to over 1,000 games.