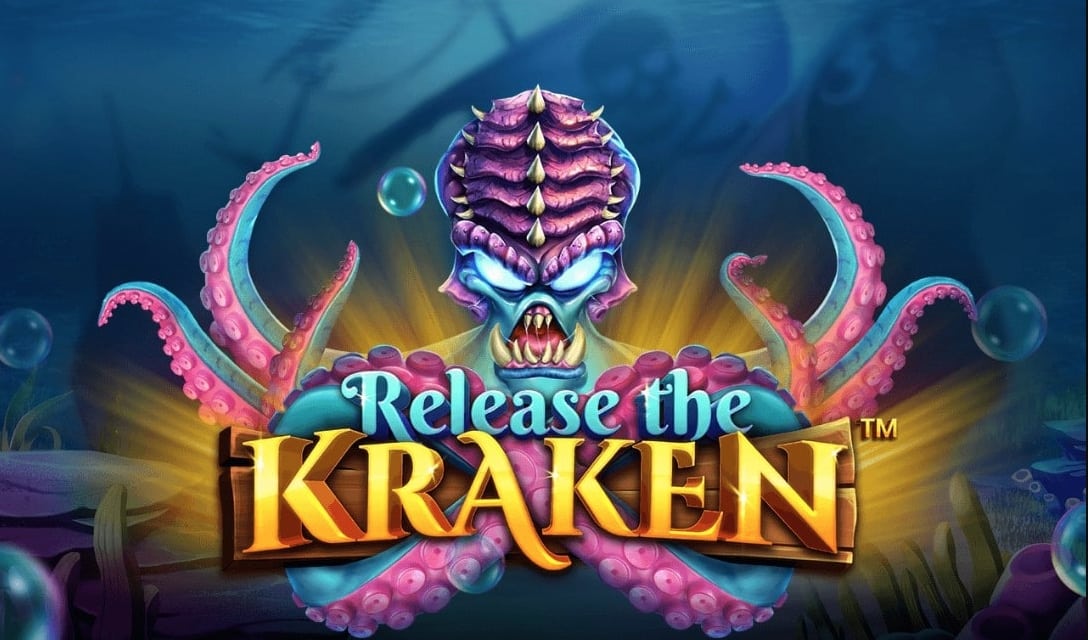 Dive deep beneath the waves to set free the legendary deep-sea behemoth that is protecting a sunken chest filled with golden treasures.  Release the Kraken is an online video slots game developed by Pragmatic Play and is played on 5 reels with 20 paylines. This game comes alive when the sea monster activates 3 random spin features, making the gameplay jampacked with adventure.

If you are looking for real online money video slots games, then this is the perfect sea to cast your net in. Before you dive deep into the ocean, you will need to place your bet and get the reels spinning. If you wish to sit back, relax, and watch Kraken come to life, simply hit the auto spin function to get the reels spinning automatically.

The squid icon acts as the wild symbol. The wild symbol will substitute for all symbols except the bonus symbols. The wild symbols are active in all reels. This game consists of 3 exciting features that Kraken’s tentacles can trigger:

During the Kraken locking wilds feature, the wild symbol will substitute for all symbols, except for the bonus symbols. When the feature begins, the reels will keep spinning. At the same time, consecutive choices of 1 out of 3 chests will appear randomly and award one of the following: additional wilds, continue spinning, all wins x2 and collect, more wilds and collect. All winning combinations are paid when the feature ends.

Kraken is the wild symbol in this feature. It will substitute for all symbols except for the bonus symbols. After the reels stop, a randomly placed colossal 3×4 wild symbol is guaranteed to land on either of the reels.

Kraken is the wild symbol in this feature. The wild will substitute for all symbols except for the bonus symbols. After the reels stop, at least one of the wilds is guaranteed to land in view. This symbol then infects all adjacent symbols, turning them into wilds.

2 bonus features can be triggered during gameplay:

This bonus feature is triggered when a ship icon lands on reels 1 and 3, alongside a sunken treasure chest icon that will land on reel 5. This feature will give the player a chance to pick 3 chests that award a random money prize. Consecutive picks are granted as long as money prizes are being hit. Hitting collect ends the bonus feature.

This feature is triggered when the bonus ship icon hits reels 1 and 3, and the free spins icon lands on reel 5. Before the round starts, you have to pick a chest to reveal prizes, until you find the collect me item. Rewards can be +1, +2 or +3 free spins, up to a maximum of 12 free spins.  After collect has been revealed, the round will start with the total number of free spins won. During this feature, 40 paylines are in play. The round begins with a win multiplier of 1. For each wild symbol, the win multiplier for all remaining free spins increases by x1, up to a maximum of x10. All wild symbols that have been hit during the round remain on the screen and randomly change their position on every spin. This feature cannot be retriggered, and unique reels are in play during the feature.

Enjoy Release the Kraken video slots game with Mansion Casino. Mansion is your home of rewarding online gambling. CA$5,000 welcome bonus, 700+ games, fun weekend deals and a fantastic loyalty experience is what sets them apart from the rest. Enjoy the best welcome offer out there, while trying out this exciting video slots game.