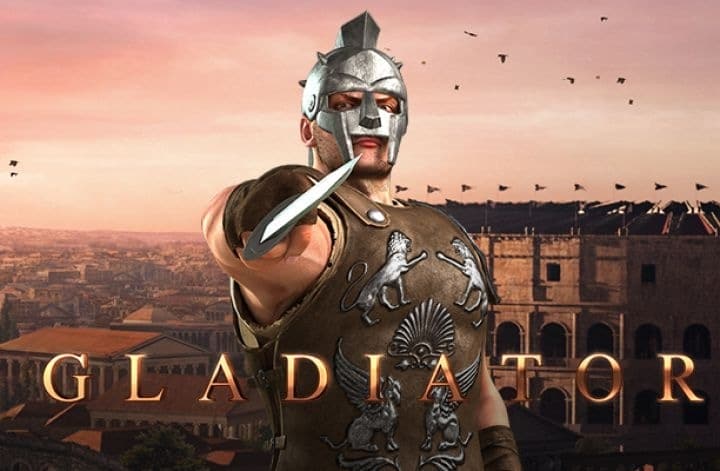 Are you willing to live as if you will never die and to take on the greatest Gladiator in history? If so, grab some inspiration from ancient Rome and the warriors who were trained to fight for show in public arenas. If your yearning is for an amazing Gladiator-themed online video slots game, flex those digital muscles, as this the place for you. Gladiator was developed by Betsoft and is played on 5 reels, with 30 paylines. Don’t let anything stand in the way of your quest!

Before you enter the Colosseum you will need to first place your bet, in order to get those reels spinning.  Should you prefer to rather spectate your combatant in his claim to glory, sit back, relax and simply select the Autoplay function. Only the highest win is paid per selected lines. All line pays are multiplied by line bet. Highest payouts award from left to right, or from right to left of the reel.

The Colosseum icon in this game acts as the Scatter Symbol, which pays on any reel in any combination. Scatter Wins are added to Payline Wins.

The appearance of the princess symbol in the 1st position on reels 2, 3 and 4 triggers the Wild X 2 Feature. During this feature the princess will toss a handful of rose petals. As the petals touch the symbols below they are turned into Wild X 2 Symbols. Any winning combination that features a Wild X 2 Symbol is paid double the normal amount.

The appearance of the hero Gladiator symbol in any position on reel 3 triggers the Gladiator Smash Reel Wild Feature. During this feature a marble slab covers the 3rd reel and the hero will then walk out and smash the slab, which will reveal that the entire 3rd reel has turned Wild. Please note that this Wild Symbol substitutes all icons, except the Door and the Colosseum Symbols and will not trigger any other feature.

The appearance of the Hero, Colosseum and Villain Symbols consecutively, on paylines 1, 2 or 3 on reels 2, 3 and 4 triggers the Gladiator Battle Second Screen Bonus Round Feature. The player will then prepare for battle. Who will conquer? The player will then select a preferred Gladiator who will face off in a no holds barred battle for gold. Once the Gladiator is chosen the player then spectates the automatic fight. Each attack made and blocked awards bonus credits. A knocked out enemy attracts additional bonus points.

Enjoy playing this action packed Gladiator-themed slots game with LeoVegas Casino. LeoVegas welcomes players with roaring delight, ensuring an impressive experience.  From humble beginnings in 2012, LeoVegas has managed to grow into one of the best online casinos in Canada with a number of many satisfied players.