Will eSports Become an Integral Part of Online Gambling? 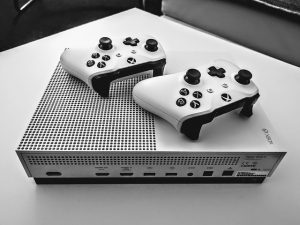 The eSports industry has been growing in leaps and bounds over the past two decades.  As a result, it’s become impossible for the other significant segments of the gambling industry to continue ignoring the eSports market.

Viewership of competitive gaming is estimated to reach 646 million followers and attain a turnover of over CA$1,5 billion by 2023.  While online casinos have traditionally viewed eSports as direct competition, a growing number of gambling industry players have started to see profitable cooperation opportunities between the two.  A recent example of this is the sprouting of eSports arenas across major casino complexes worldwide.  Many see this as the first step to a more integrated approach and amalgamation of eSports into the mainstream gambling industry.

Even before any integration talk was topical, eSports arenas were regularly drawing in thousands of spectators.  One of the most notable eSports events in terms of spectators was the League of Legends finals at the Sang-Am World Stadium in Seoul, South Korea, in 2014.  The tournament was attended by a whopping 45,000 gaming fans, setting a new record in terms of eSports turnout.

Acknowledging the immense pull that these competitions generate in terms of viewership, casinos are starting to realise the considerable potential thereof.  After all, both casino games and eSports offer a similar type of a thrill, resulting in many eSports arenas being constructed on the premises of inhouse casinos.  The easy access to both types of wagering allows gamblers to migrate between the options during a single visit to a casino.

In Macau, which prides itself as the world’s largest gambling destination, a large number of casinos have already embraced eSports.  One of the biggest eSports arenas there is located at the Studio City casino complex and can accommodate 300 spectators.  Closer to our shores, the Luxor Casino in Las Vegas is the home of the sizeable HyperX Arena, pioneering the penetration of eSports in Sin City.

With more and more eSports arenas integrating with in-house casinos, it is safe to predict that online casinos will follow suit and not miss out on this lucrative opportunity to diversify their service offerings.  Looking at the most popular online casinos for Canadian players, it is hard to spot any difference between what they offer and what a player can get at an in-house casino.  The repertoire of slots games tends to overlap, and table games are accessible through the live dealer options.

While it’s impossible for online casinos to physically house eSports arenas, incorporation of such channels like Twitch could allow their players to view professionals playing the games remotely.  Additionally, there is talk of iGaming developers making specific eSports directly accessible to online gamblers.  A solid starting point could be the modification of certain card games to allow staking on individual hands.

Wagering on competitive gaming events has become popular within the online betting industry.  The next logical step remains for online casinos to interlink more closely with eSports.  Although it remains to be seen how developers plan to bridge the gap between games of chance and games of skill, the first pioneering steps have been taken, and we can expect the results in the not too distant future.