Why Are Maltese Online Casinos So Successful in Canada? 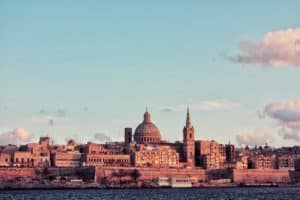 With online gambling regulation tightening in Europe, Maltese licensed online casinos are looking for new markets, like Canada, where they can expand their offering.

New, more restrictive gambling laws have been gradually implemented across Europe over the past couple of years, with additional regulation on the cards in major markets such as Germany, in the coming period.  The tightened terms of engagement are also threatening to wash up on the shores of the UK, which is one of the largest online gambling markets globally.

As a result of the more constrictive legal framework under which they can operate, Maltese casino operators have been on the lookout for new territories where they can invest.  Naturally, transatlantic markets have always been viewed as profitable, with the US often seen as a market with the best potential.  However, the US market is fraught with complex state-by-state legislation, which makes penetration not as straightforward as investors would prefer.

The Potential of the Canadian Online Gambling Market

Meanwhile, a short hop to the north lies Canada, which, with only 10% of the population of the US, appears to be a less challenging proposition.  In fact, for decades, Canada has been somewhat of a “grey” market, offering added value to investors due to its laxer online gambling polices.

This is because of a legal framework that only allows state-run lottery and fixed-odds game sites to operate in the country.  However, offshore operators are not prevented from taking bets from Canadians, who are allowed to bet at sites run by offshore gambling companies.

According to the original Criminal Code of Conduct from 1892, gambling was declared illegal across Canada.  However, these rules were amended in the 1960s, with provinces given autonomy to run anything from lotteries to fundraisers, land-based and, more recently, online casinos.

Which Offshore Online Casinos Are Active in Canada?

The most popular online gambling site that is based in Canada at the moment is PlayNow.com, which is run by the British Columbia Lottery Corporation.  However, offshore competition coming from Maltese-registered online operators is tough.  Looking at the list of the best online casinos in Canada, you can see that big European brands offer great deals to entice Canadian players to ditch their state-run providers.

Maltese-registered casinos offer superior game quality and variety.  The experience of these providers at acquiring and retaining players from within Europe’s notoriously competitive market has given them the skillset to attract new gamblers away from the local Canadian brands easily.

For the time being, the Canadian market is a fertile ground where Maltese-based online gambling operators can offset their potential losses brought about by the tightening of regulations in Europe.  However, the question that poses itself is how long it will be before Canada insists on regulating, licensing and taxing the gross gaming yield of offshore providers.

As it stands, on the federal level, there are no immediate plans for this to take place.  Even so, the government of Ontario, led by Doug Ford, has recently taken steps to give additional power to the Alcohol and Gaming Commission of Ontario.  This was in order for the commission to be able to regulate online gambling and issue operating licenses to private gambling operators in the province.

The plans to regulate the market segment first featured in the 2019 provincial budget.  However, these proposals were given additional weight in this year’s budget, primarily because urgent additional funds need to be raised due to the COVID-19 pandemic.

What Does the Future Hold?

Of course, very few people are expecting major policy turns overnight.  The plan drafted by Ontario relates only to that province’s jurisdiction.  And, it is just one of the initiatives that came about due to the very precarious situation that the country has found itself in, due to the persisting economic impact of the pandemic.

Either way, any new legislation will realistically take many years, if not longer, to plan and roll out.  In the interim, Maltese online casinos will continue to enjoy the rewards and benefits of being able to unhinderedly offer their services to Canadian gamblers.