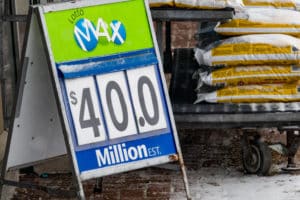 After playing for 20 years with the same number combination, a Toronto woman finally struck it rich, winning a CA$60 million Lotto MAX jackpot.

A 57-year-old Toronto woman, Deng Pravavtoudom, who has been consistently playing the lotto for the past 20 years, using a combination of numbers that her husband saw in a dream, finally had her time to shine.  Pravavtoudom, who played the Lotto MAX last December, struck the jackpot and, with it, an enormous cheque worth CA$60 million.

Pravavtoudom moved to Canada in 1980 from Laos, having had very little at the time and being supported by a local church.  After a 40-year career as a general labourer, she was retrenched last spring due to the ongoing COVID-19 pandemic. Despite this setback, Pravavtoudom continued to play the lotto with the same combination of numbers that she used for over 20 years.

Earlier this month, Pravavtoudom went to her local mall in North York to check her latest Lotto MAX ticket.  After realising that she had won a free play, she decided to add encore.  A few days later, she was in utter disbelief after learning that her ticket was worth CA$60 million.

According to Pravavtoudom, she was “ecstatically happy and crying at the same time” when she learned of her fortunate situation.  The lucky winner pointed out that she prayed for a blessing all her life and that this win is a dream come true.

The money won will go towards the building of a new house, paying off existing bills and helping out other family members, as well as travelling around the world once the pandemic is over.  As a personal treat to herself, Pravavtoudom will be purchasing some diamonds.

Late last year, five co-workers from Brampton each won CA$2,8 million from Lotto 6/49, after using a number combination found inside a fortune cookie.  The quintet played the same game for close to eight years, before lady luck finally looked down on them on 24 October, awarding them with a grand prize of CA$14 million.