Top 5 Female eSports Players that are Redefining the Industry 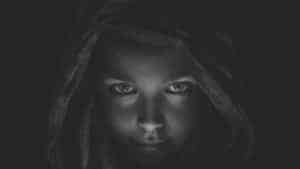 While men have traditionally dominated the eSports industry, there has been a steady uptake of female players over the past couple of years, with some of them making a notable name for themselves.

It’s no secret that men dominate the arena of professional gaming.  This hegemony has been further reinforced due to recent horror stories like the Vaevictis Esports 0-28 score in the LCL, which served as a warning to punters for promoting female eSports players.  Nonetheless, there are still pioneers out there with inspirational stories that will likely redefine how the games are played in the near future.

Women in the eSports Industry

Females comprise as much as 47% of the global eSports industry and are represented across a broad range of games.  Therefore, one expects to see a diverse bunch of contestants across all the titles and scenes.

However, that is not the case, with research revealing that women make up only 5% of the scene, despite interest from a large female gamer audience.  The growth of the eSports industry is reflected in the broader selection of money-making avenues and more opportunities.

In fact, the industry has grown to that extent that it now facilitates sports psychologists and dedicated coaching staff.  Organisations like CSPPA, the leading player association, are emerging, as the entire eSports market segment is evolving to resemble traditional sports.

The question begs: why are there so few female pro gamers?  There’s no evidence that women can’t excel at the highest eSports levels, even with specific physical and psychological differentiators.  Yet, there are very few of them on the scene at the moment, which is concerning, since the lack of role models hinders fresh uptake of talent.

While lists like these often tend to be subjective, we took into consideration results, industry contribution, accolades and overall winnings, making each of the names on our list deservedly part of the mentions:

Liooon is an ex-world champion and the winner of the Hearthstone Global Finals in 2019.  Liooon crowned the winner at BlizzCon in November 2020and used the opportunity to highlight sexism and gender inequality issues in the industry, hoping to encourage others.  Using the occasion, Liooon commented: “this is the best way to strike back at those people who doubted me only because I am a girl. It proves that girls can be strong pro players, just as guys do.”

Mystik has been the Guinness World Record holder for the highest-earning competitive female eSports figure for many years. Mystik is still considered one of the top Halo: Reach players of all time.  Even though she competed in remarkably few professional tournaments, she remains ranked third on the all-time highest female prize pool winners’ eSports list.

The sole woman to win a Starcraft 2 tournament, Scarlett is the all-time highest tournament winnings woman to date, with $400,000 of lifetime winnings. Scarlett’s winning streaks began back in 2011 and have not stopped since.  The 27-year-old is primarily known for her Zerg play. Currently teamless, she is still putting up legendary performances, winning the North American edition of the DH SC2 Masters 2020 Fall last September.

Hafu has once and for all dispelled the myth that female players are not good enough to compete at a high level. She’s been a high-level player across various titles over the years, including Bloodline Champions, World of Warcraft, as well as League of Legends, Hearthstone and Teamfight Tactics.  She ranks fourth on the all-time female players’ earnings list and boasts over 1,1 million followers.

The former CS:GO player played Counter-Strike between 2005 and 2019, earning over US$40,000 in winnings.  This may not seem that much compared to today’s sizeable prize pools, but considering most of it came from her teenage and early 20s years, it shines an entirely different light on these accolades.

The growth of the eSports industry over the past few years has been phenomenal.  However, there’s still a lot that needs to be done on gender representation. Nevertheless, positive signs abound with more and more success stories dispersing any inherent gender issues and creating an even playing field.