Tensions Between Gaming Policy and Enforcement Branch and GCGC 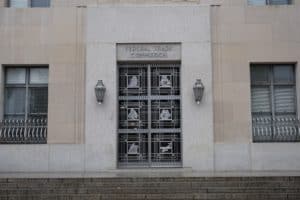 The Cullen Commission of Inquiry into money laundering that is taking place in British Columbia heard startling evidence about tensions between the Gaming Policy and Enforcement Branch and the Great Canadian Gaming Corporation.

The Cullen Commission continued to hear testimony relating to foul play in the Richmond area, with particular emphasis on the River Rock Casino.  A fresh set of details emerged when Tom Robertson, a former investigator at the Gaming Policy and Enforcement Branch, stated that results of his investigation were not received positively at the Great Canadian Gaming Corporation (GCGC).

GCGC oversees the River Rock Casino in Richmond, which has been at the centre of controversies over the past few weeks of hearings.  The commission heard several stories incriminating the casino of facilitating money laundering activities over the past two decades.

Starting on 26 October, the Cullen Commission has been hearing testimonies from insiders who witnessed suspicious activities at various venues over the past couple of years.  Tom Robertson shared his information with the commission on 6 November regarding his observations of criminal activities that took place and continuous probes into these.

In 2005, Robertson was investigating an alleged loan shark who was offering financial lifelines to high rollers at the River Rock Casino.  According to him, his report at the time did not go down well with certain casino operator officials.

According to Robertson, the mandate of the Gaming Policy and Enforcement Branch did not extend into investigations of individual illegal activities and, as a result, no charges were laid at the time.

Further hearings saw the testimony of Fred Pinnock who, at the time, oversaw British Columbia’s illegal gaming enforcement team.  Pinnock stated that there existed palpable tensions between his team and the Gaming Policy and Enforcement Branch.

His observation of the local gambling hotspots led him to believe that additional RCMP agents had to be present in casinos and at the racecourses.  However, this suggestion was ignored by the relevant authorities.