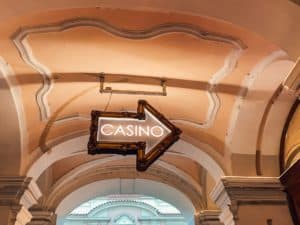 Stefan Lundborg, a non-executive director at Kindred Group, has tended his resignation with immediate effect.

Kindred Group has notified investors on 4 December that corporate advisor, Stefan Lundborg, has tended his resignation from all duties as a non-executive director at the company.  The resignation came into force on the very same day.

The resignation is linked to a recently conducted investigation by the Swedish Economic Crime Authority (SECA), which implicated Lundborg for insider crime.  Lundborg has refused to provide any further details from his side regarding the matter, although he is reported to be cooperating fully with SECA and the Swedish public prosecutor.  Kindred Group is also doing everything to assist the authorities in their investigation.

Lundborg Acted on His Own

Kindred, which recently partnered with Pragmatic Play, has announced that the resignation was inevitable and has ruled out the possibility of any other company representative being involved in suspicious activities.

Chairman of the Board at Kindred Group, Anders Ström, noted: “The resignation of Stefan Lundborg was unavoidable considering the investigation against him by the Swedish Economic Crime Authority. The Board would like to emphasise that no other representatives of the company have been served any suspicion of misconduct and neither is the company itself under any suspicion”.

Over the past two decades, Kindred has amalgamated 11 top online gambling brands across Europe into a single entity, fast becoming one of the biggest online gambling providers globally.  The company serves over 25 million customers, engaging their client base through a broad portfolio of global brands.

Kindred employs over 1,700 people and is listed on the Nasdaq Stockholm Large Cap.  The company is also one of the founding members of the European Gaming and Betting Integrity Association.