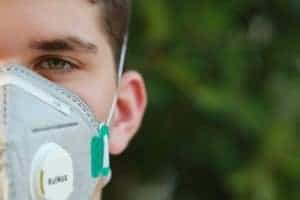 The last week of September saw the reopening of 11 casino venues across Ontario, including Shorelines Casino, which refused one of its patrons a dying wish to gamble there due to non-adherence of the casino’s facemask policy.

Ontario’s gradual reopening of its casino venues during September was greeted with much anticipation by thousands of eager gamblers craving for their lucky fix.  To date, most of the smaller gambling halls and casinos, as well as a few bigger venues, were granted permission to recommence operations after half a year of lockdown.

All the casinos that were permitted to reopen were required to implement strict health and safety protocols to limit the possible spread of the coronavirus.  One of these measures allows for a maximum of 50 people at a time inside any casino. At the same time, the other enforces the compulsory wearing of facemasks at all times while on the premises.

However, according to reports, two players were denied entrance to Shorelines Casino on 28 September for not wearing masks.  That day, brothers Robert and Ronald Reynolds made their way to the casino for the first time since March.  However, their excitement soon turned to disappointment when casino security denied them access at the entrance.

The brothers both suffer from emphysema, which is a chronic obstructive pulmonary disease that causes permanent shortness of breath.  As a result, neither of the two was wearing a mask, since this would further aggravate their condition, making it even harder to breathe.  One of the brothers, Robert, currently has only one lung and an accompanying oxygen tank is part of his daily routine.

All Patrons Required to Abide by the Policies

According to reports, the two siblings were unimpressed with the casino security for being denied entrance.  Robert Reynolds further stated that he may only have a year or so left to live and a visit to Shorelines Casino Peterborough has been one of his dying wishes for a long time.  The two brothers now plan to defend their position that they have the full right to gamble.

According to the Peterborough public health department, people with respiratory conditions can be exempt from wearing facemasks indoors.  However, it is left to individual venues to use their discretion when granting people access.

The Great Canadian Gaming Corporation, the company that oversees Shorelines Casino, noted that health and safety of all staff and patrons remain at the top of their list of priorities, which is why everyone is required to wear a mask.