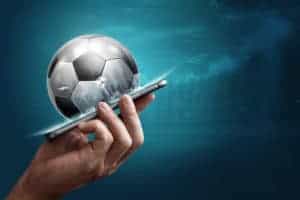 With the release of its 2021 fiscal year first-quarter results, Score Media has shifted its focus on future growth that envisages single-game betting and New York stock exchange listing.

Score Media’s first-quarter results, which ended on 20 November, reported CA$10,6 million in total revenue.  The top results contributed to the company’s best quarter on record, with year-on-year revenue growing by a respectable 15,2 per cent.

The positive results were underpinned by the launch of theScore Bet, the company’s very own online sports betting app.  The expansion in Indiana and Colorado has tripled the number of states where Score Media operates.

Gaming Revenue in the Red

Conversely, the company reported a gross gaming loss of CA$300,000.  According to Benjie Levy, Score Media COO, the loss can be attributed to player promo specials and the Colorado and Indiana expansion.

Levy noted that turning the minus into a plus will depend on several factors, including app rollout in additional states.  One state that has been earmarked for future expansion has been Iowa, with the official launch expected to take place in a matter of weeks, pending regulatory clearances.  Iowa is one of 11 states that Score Media has access to through its deal with Penn National Gaming.

With the expected repealing of the single-game wagering ban in Canada, the momentum is building for sports betting expansion into Canada.  Score Media hopes that the close coordination between its sports media app and sports betting app will give it the desired advantage for market penetration.

Hope to Score US Stock Listing

Last month, Score Media concluded an equity deal valued at CA$46 million, for 32.9 million stock shares. The company plans to use the proceeds for additional rollouts of theScore Bet in Canada and the US. Additionally, some of that money will be put towards user acquisitions.

“We believe the potential benefits for theScore, and our investor base may include a significantly larger pool of capital, greater average daily trading volume, exposure to a larger number of US retail and institutional investors, and a potential increase in market valuation,” John Levy told analysts.