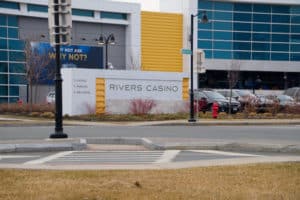 It will be a jampacked month for Rivers Casino in Schenectady, with several riveting sports events planned for March.  The real crowd drawer will be the upcoming March Madness event, with the NCAA basketball tournament expected to attract plenty of interest, too, from gamblers who wish to place their bets while enjoying the games.

Rivers Casino has gone through a challenging year financially due to the pandemic, with players slowly starting to trickle back since January.  Sports fans were unable to wager on March Madness last year due to the imposed restrictions, so this will be their first chance after 12 months to partake in the competition.

Since New Year’s, Rivers Casino has significantly improved its finances, recording a record January when it comes to sports bets.  The venue managed to break its revenue record by pulling in over US$1,4 million in January.  The venue is expected to reap additional profits with the upcoming NCAA basketball tournament.  Overall estimates show that New York state’s four commercial casinos generated US$3.57 million in revenue during the first month of the year.

In anticipation of the March Madness competition, gamblers are reminded to observe the state of New York’s relevant laws.  The regulation dictates that local bettors cannot wager on domestic teams or teams playing in the state.

Rivers Casino recognises its commitment to responsible gambling. The casino took part in last year’s Problem Gambling Awareness Month, which advocates gambling in a responsible manner and helps gamblers who have problems wagering.

What Are the Keno Numbers that Come Up the Most?

How Often Do Certain Roulette Colours Come Up?

What is the Origin of the “Bingo” Name of the Game