Ontario Hints at Online Gambling Legislation in the 2020 Budget 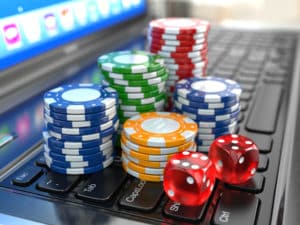 Ontario is set to lead the way by introducing legislation that is bound to regulate the online gambling market segment across its territory.

As part of its upcoming budget, Ontario’s Conservative government has promised to introduce new legislation that would end the monopoly held by the province’s lottery corporation over legal online casino gaming.

According to Canada’s federal law, provincial lotteries oversee most forms of gambling that take place within their jurisdictions, with some exceptions regarding charitable gambling.  On the other hand, certain types of gambling are outright outlawed, such as single-game sports wagering.

In Ontario, the regulatory provider is the Ontario Lottery and Gaming Corporation (OLG).  Besides its core offering that deals with the sale of lottery tickets, OLG operates several land-based casinos in the province, as well as an official online casino website.

At the moment, Ontario does not offer online poker, although this service is available in Quebec, and its OK Poker offering.  The privatisation of the local online gambling market in Ontario is, however, expected to attract several legal online poker providers.

Concrete Action the Second Time Around

The Conservative government of Doug Ford, which won the elections in 2018, first made mention of online gambling in the 2019 budget.  It was stated then that the party wanted to legalise private online gambling, as well as exert pressure on the federal administration to scrap the ban on single-game sports betting.

Now, after a year of preparation, the 2020 budget promises fresh inroads into the matter:

“In the 2019 Budget, the government stated its intention to establish an online market for internet gaming (iGaming) in Ontario that is both competitive and protects consumers. In continuing to work towards this goal, the Province is introducing legislation to give the Alcohol and Gaming Commission of Ontario (AGCO) authority to conduct and manage iGaming, in addition to having the role of the regulator. If the proposed legislation is passed, a dedicated subsidiary under the AGCO would be established as the conduct and manage entity to manage the relationship between the government and private iGaming operators.”

Focus on Economic Growth and Recovery

Although the draft legislation has not yet been formulated, the Ford government has taken inspiration from the way online gambling has been regulated in the US states of New Jersey, Pennsylvania and Michigan.  The 2020 provincial budget has an overwhelming focus on COVID-19, and online gambling is being presented as an opportunity for economic recovery.

According to a recent analysis, the legal gambling market in Ontario could amount to as much as CA$550, with a further CA$1 billion added on top of that, should single-bet sports betting be added to the mix.  Additionality, the proposed tax rate on the new online gambling market segment is expected to be between 18% and 20%, which should significantly boost the state coffers.

The ongoing coronavirus pandemic has further reinforced the need for setting up legal online gambling in those jurisdictions that currently lack it.  To date, OLG has been a cash cow for the province, contributing CA$2,3 billion to the local budget the last financial year alone.

However, due to the restrictions imposed to curtail the spread of the pandemic, this year’s OLG revenue is expected to come in at just CA$200 million, which is less than a tenth of the usual income.  Over the same period, the amount of money that online gamblers in the province have spent has doubled, with very little of that ending up with OLG, since the majority of online gambling sites in the region are based offshore.

It might come as a surprise that a Conservative provincial administration has led the gambling expansion charge.  Their trump card in these deliberations has been the private vs public sector debate, with online gambling market being underpinned by private corporations.  Interestingly, on the federal level, the leftist New Democrats support the Ontario Conservatives on the sports betting issue.

It will be interesting to see how the online gambling proposal gets implemented with the new budget.  While the local government stands to benefit from higher tax revenue, it is ultimately the individual gamblers who will reap the rewards of greater choice and potential to win.