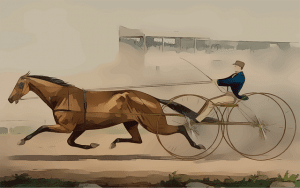 Quebec’s provincial gambling authority is incorporating live wagers into online sports gambling.  This is done in contrast to the existing rules that stipulate that one has to combine live lotteries into a parlay bet.

The new service will cover all the games that are currently on the website’s repertoire.  Nonetheless, the live betting option will focus on the existing pre-game markets, so bettors shouldn’t expect exotic gambling options that are currently available with European online bookmakers.

Ultimately, this means that the live bets will work with the total points earned, the bet wins, and the teams that score most target shots.  However, no stakes will be allowed on players that are sent to the penalty box or be the next to score.

Delayed Approval from the Federal Government

Currently, the federal government is yet to allow single-game betting.  As a result, players need to combine at least two bets within a single bet – just as is the case with pre-match betting.

There is currently a bill in parliament that’s being discussed, which should pave the way for single-game betting.  Although this isn’t the first time that such a bill has been presented before parliament, there seems to be a growing consensus amongst lawmakers that this time it will likely be passed.

To sweeten the deal, Loto-Québec is allowing partial cashouts as one of the bettor options.  This will appeal to players who experience early-stage parlay success but are less lucky to swing later stages of the wagering combo, regardless of what the match period might be.

Espace Jeux’s latest annual financial report has been put on hold, due to the impact of the coronavirus pandemic.  Quebec has been one of the worst-hit provinces, accounting for two-thirds of all the deaths in Canada.  Regardless of the delay, once published, the annual report should indicate noteworthy revenue growth for the company, which will expectedly see it outperform many of its land-based counterparts.

With live wagering now available via Espace Jeux, the next logical step would be the implementation of single-game sports wagering, as soon as possible, on the federal level.