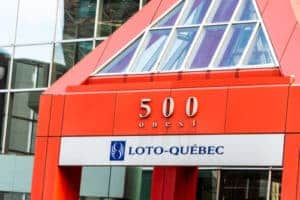 As the number of COVID-19 related infections in the province continues to rise, Loto-Quebec has decided to, yet again, temporarily close a number of its land-based venues.

In a reversal of its previous policies and amidst a growing number of infections in the province, Loto-Quebec has elected to close a number of its venues.  These include Salon de Jeux de Quebec and Casino de Montreal, as well as all video lottery machines, kinzo and network bingo in the Capital-Nationale, Montreal and Chaudière-Appalaches regions.

Kinzo and video lottery machines will, for the time being, remain open in all other regions, with bingo available in the evenings.  Additionally, Hilton Lac-Leamy, Le Manoir Richelieu, Casino de Mont-Tremblant and Salon de Jeux de Trois-Rivières will continue to operate as usual.

The new measures come in the wake of increased infection rates across Canada, with the authorities discouraging interprovincial travel in an attempt to slow down the spread of the virus.

Loto-Quebec placed greater emphasis on online sales after the full suspension of all activities following the March lockdown.  At the time, all ticket sales and sales terminals were either suspended or deactivated, including kiosks operated by non-profit organisations.

The decision in March followed a Quebec government order to shut down all public spaces, including cinemas, bars, nightclubs, gyms, libraries, malls and sample counters.  The gradual reopening and reactivation of the shutdown facilities commenced in May, with the reopening of sales terminals at retailers that had an outdoor entrance.  Nonetheless, all ticket sales from retailers that were located inside shopping centres remained suspended.

In September, Loto-Quebec posted its annual results for the year ending 31 March, showing revenue of CA$2,74 billion, which represents a fall of 3,1%, year-on-year.  During the same period, profits declined to CA$1,35 billion.

However, Loto-Quebec remains buoyant about future prospects, adding that the current figures remain above target, despite the impact of the pandemic during the last weeks of the financial year.  It remains to be seen how next year’s figures will turn out to be, considering that the health crisis has taken place almost wholly during the current financial period.