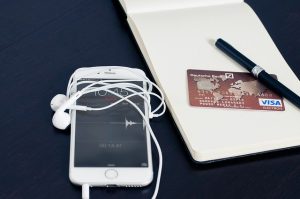 Technology is an unstoppable force that changes and enhances the way we think, live and do things.  With online payments being a critical part of any online casino transaction, it’s crucial to keep abreast with the latest online payment methods in 2020.

Most people use their bank cards, be it credit or debit, to conduct online purchases.  This is also true for online casinos, where the majority of transactions take place via credit cards, where this is permitted.  Additionally, e-wallets have also become popular with players due to their versatility and ability to reuse the funds loaded on them for alternative online purchases.

Ultimately, the primary concern of any online gambler is the security and confidentiality of their banking details.  This becomes even more critical when you’re inputting your credit card particulars to make a payment.  As a result, alternative payment methods are often sought by gamblers to reassure them that their banking details remain secure at all times.

Luckily, modern online casino payment methods allow anything from e-wallets to payments via phone bills, as well as various smartphone apps.  With such an abundance of payment methods to choose from, we have made it easy for you by creating a summary of the latest online payment methods in 2020.

Globally, there are far more Android users than those who subscribe to Apple’s iOS system.  However, Apple has been proactive over the past few years in trying to narrow this gap.  In fact, Apple Pay was launched before its Android equivalent, and the two systems have occasional overlaps.

One of the limiting factors of Apple Pay is that transactions can only be effected via the Safari web browser.  Nonetheless, all other security mechanisms and authentications are based on a similar platform.  In fact, Apple Pay’s client uptake has been so rapid that its today accepted in more global jurisdictions than Google Pay.

Now that we’ve mentioned that the use of Apple Pay is more widespread than that of its Android alternative, this does not mean Google Pay is straddling behind.  Google Pay has a solid track record based on its earlier iterations in the form of Google Wallet and Android Pay.  An option to conduct both point-to-point and online payments is allowed, while multiple bank accounts can be saved within the app.

Authentication is also buffed up and involves either a fingerprint or a new passcode that is generated for each transaction. While Google Pay is still in its infancy phase and is only available in thirty countries, the good news is that it is fully operational in Canada.

Stripe was primarily developed as an alternative to PayPal.  It is fully integrated with MasterCard and Visa payment platforms and, unlike PayPal, there’s no requirement to create a separate account.  Should you decide to store your banking details on Stripe, your subsequent transitions can be facilitated via SMS.

Venmo is the premium P2P payment system that has taken off like wildfire across the US.  The app is godsent for making payments to friends, conducting small private transactions and splitting bills.

While the popularity of this platform is apparent south of the border, it has not seen the same level of success elsewhere.  The reason for this is that the system is seen as somewhat redundant in certain other markets.  Today, it’s just too easy to transfer funds between accounts using internet banking.  This is the case in Canada too where the system has been viewed as outmoded from the start by the local market.

Direct carrier billing (DCB) has been around for years.  Even so, it remains one of the least known methods of conducting online transactions.  DCB denotes payments done via a smartphone operator.  Although each country uses its own local mobile phone operators to facilitate these transactions, the principle behind each remains the same.

For any purchase that is made online, the payer’s smartphone account gets charged. Initially, this form of payment was first made popular in developing countries, where smartphone ownership rate is far higher than that of bank cards.  In North America, growth of DCB payments remains primarily driven by gamblers who use it to fund their online casino accounts.

While there are numerous payment methods, always stay within the legal framework when selecting one.  Dubious apps can more often than not, put you at risk of money loss and legal noncompliance.  By using a tried and tested method, your funds and your winnings remain secure.