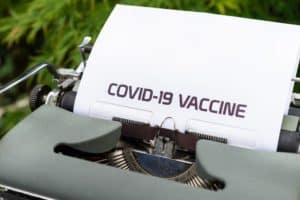 Last week, the Great Canadian Gaming Corporation announced that their joint President and CEO, Rod Baker, has tended his resignation on all positions in the company with immediate effect.

Rod Baker, CEO and President of the Great Canadian Gaming Corporation, tended his resignation to the company’s board of directors, after being accused of vaccine queue jumping in Yukon, earlier last month.

According to reports, Baker and his wife, Ekaterina, travelled from Vancouver to the small town of Beaver Creek in Yukon, in an attempt to get vaccinated earlier than the rest of the public.

According to town authorities, the couple failed to self-isolate for 14 days when they arrived in Yukon, thus breaching the local Civil Emergency Measure Act.  As a result, both of them were issued with a CA$575 fine.

To skip the queue, Rod and Ekaterina presented themselves as newly hired employees of a local motel.  The news of this caused outrage amongst the town locals, especially since the irresponsible behaviour of the two endangered the health of the townspeople.

The resignation is expected to hurt Baker’s finances, having pocketed over CA$10 million in 2019, and a projected CA$28 million on the cards this year due to Great Canadian Gaming Corporation’s sale to Raptor Acquisition Corporation.

Baker’s name has been marred with controversy, relating to his days as River Rock Casino and Resort’s head.  The venue has been reported as a hotbed of money-laundering activities in the province.

As a result of the resignation, Terrence Doyle, the company’s vice-president, will move to the helm as an interim CEO.  Doyle has been employed at Great Canadian Gaming Corporation for over 20 years and is seen as a capable replacement by the board.

Negotiations Over the Acquisition

After months of cut-throat negotiations, Raptor Acquisition Corporation was given the green light to acquire the Great Canadian Gaming Corporation for CA$45 per share.  In November 2020, both Burgundy Asset Management and BloombergSen Investment Partners, who are amongst the most significant shareholders in the company, expressed their opposition to the deal, stating that such a transaction would not be lucrative enough for the business.