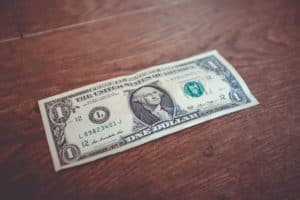 The CA$200 million federal government loan that Gateway Casinos recently received has had a few individuals raise their opposition towards the financial lifeline.

Following the allocation of the CA$200 million government loan aimed at jumpstarting Gateway Casinos operations, a growing chorus of opponents to this transaction has emerged.  MP Pierre Poilievre recently voiced his concern in the House of Commons, stating that Gateway Casinos is a “failed casino firm” that is syphoning off taxpayers’ money.

Gateway Casinos plans to use the loan to boost safety and security procedures across its premises.  Following a half-a-year hiatus, the casino operator saw all of its land-based casinos, except Casino Rama Resort, open their doors to the public at the beginning of October.

In a lengthy diatribe in parliament with prime minister Justin Trudeau, Poilievre stated that Gateway Casinos swindled the government out of CA$200 million of taxpayers’ money.  It also emerged that the casino operator got downgraded recently when its parent company lost 95 per cent of its value on the stock exchange.  Poilievre added that financial analysts in Toronto estimate that the company’s assets are currently overvalued.

Gateway Casinos to Repay the Loan

In response to the raised concerns, Robert Mitchel, Director of Public Affairs and Communications at Gateway Casinos, noted that there were some valid concerns raised by MP Poilievre, but that these were clarified with his office. Additionally, he pointed out that the entire LEEFF loan will be repaid once normal operations are re-established, and the level of liquidity stabilises.

The LEEFF programme was first introduced in May by Canada’s federal government, in an attempt to provide a lifeline to support large employers during the pandemic and the resulting economic slump.