Evolution Closes Down NetEnt Qormi Studio and Commences with Layoffs 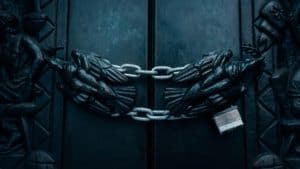 Evolution, a leading provider of live casino platforms, has begun job cuts with the shutting down of its live casino studio in Qormi.

Following the recent acquisition of NetEnt by Evolution, all current NetEnt staff were asked to down tools and await communication regarding their employment contracts.  Shortly after that, hundreds of employees were laid off, and the Canadian government has stepped in by setting up a special helpline to assist all the staff that have lost their jobs only a few weeks before Christmas.

Only three months ago, NetEnt said that they are planning a large expansion of their Qormi studio.  However, shortly before the acquisition of NetEnt went through, Evolution stated that it plans to shut down the Qormi studio, with staff working there becoming redundant.

The acquisition of NetEnt by Evolution commenced in June, in a deal worth CA$2,11 billion.  Evolution received the green light from the Malta Competition and Consumer Affairs Authority in September, allowing it to acquire the Stockholm-based NetEnt, with both companies’ shareholders voting to support the deal.

NetEnt has for a long been a leading provider of top-of-the-range gaming solutions.  The company has partnered with some of the largest names in the industry, including other content providers and operators.  NetEnt is regulated by the UK Gaming Commission and holds licenses in Malta, Gibraltar, Belgium, New Jersey, Alderney, Spain and Romania.

At the time of the acquisition, the company employed over a thousand employees.  In 2018 alone, the company handled close to 45 billion gaming transactions, with strong market presence established in Malta, Sweden, Gibraltar, USA, Ukraine and Poland.

Evolution was founded in 2006, immediately impacting the European live dealer platforms.  Ever since its launch, Evolution has been on a growth trajectory, signing partnership deals with renowned providers such as Betclic, 888 Casino and Betsson.